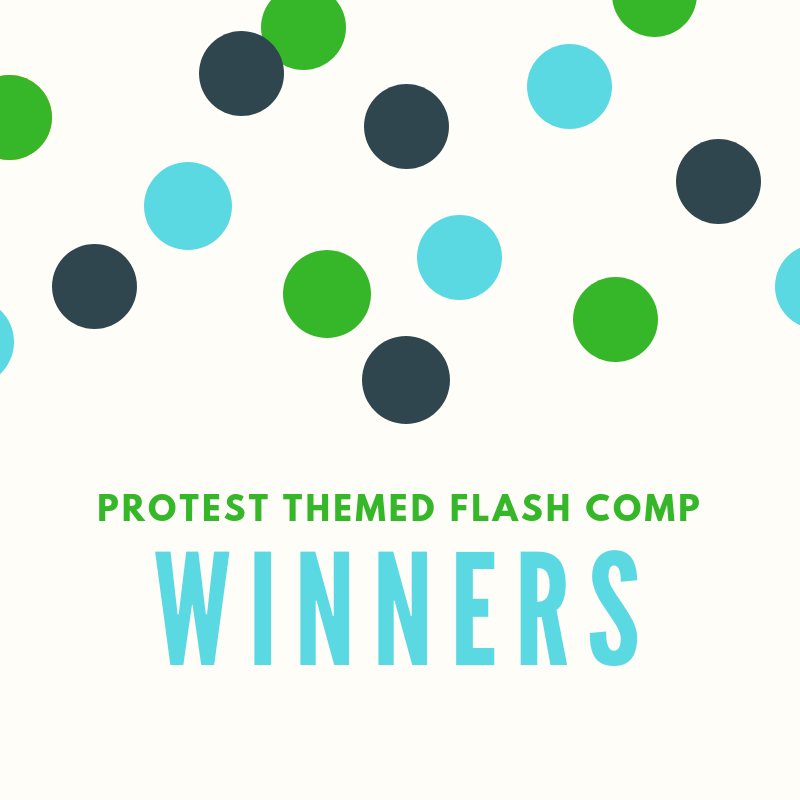 Thanks again to everyone that sent stories for this competition. And thanks to all the shortlisted writers for their patience while I made the decision. It was great to see so many different takes on the protest theme.

Why I chose it: This is beautifully written and despite the harrowing subject matter, filled with hope. The narrator’s voice perfectly blends despair with the underlying belief that things will change for the better. As it recreates the building of the wall between East and West Germany in 1961, the story shines a light on the ways societies today are being led down the same divisive path, while also leaving us with the message that there will always be those who protest against it and spread a message of togetherness, peace and love.

Runner-Up: The Candidate by Hilary Ayshford

Why I chose it: Firstly because of the strong voice coming though and because the protest was one that most people would never find out about but a major turning point in the narrator’s life. It shines a light on the absurdity of job recruitment and the way that businesses feel they have rights over their employees lives and minds way beyond the job they are paying them to do. Great stuff and a protest I’m sure that most of us have wanted to make at some point.

Why I chose it: Great take on the theme and the writing crackles and zings with life. I like how it’s not clear if the narrator is unreliable or not. Is her actor husband having an affair with his leading lady, or is it all in her head? The ending is great, leaving you to make up your own mind for how things play out for these characters.

Congratulations to our winning writers!

If you’d to be in with a chance of winning up to £400 in cash prizes and getting published on the website then the next themed flash competition closes on 30th December. The theme is Running Away. Get all the info on how to enter here.