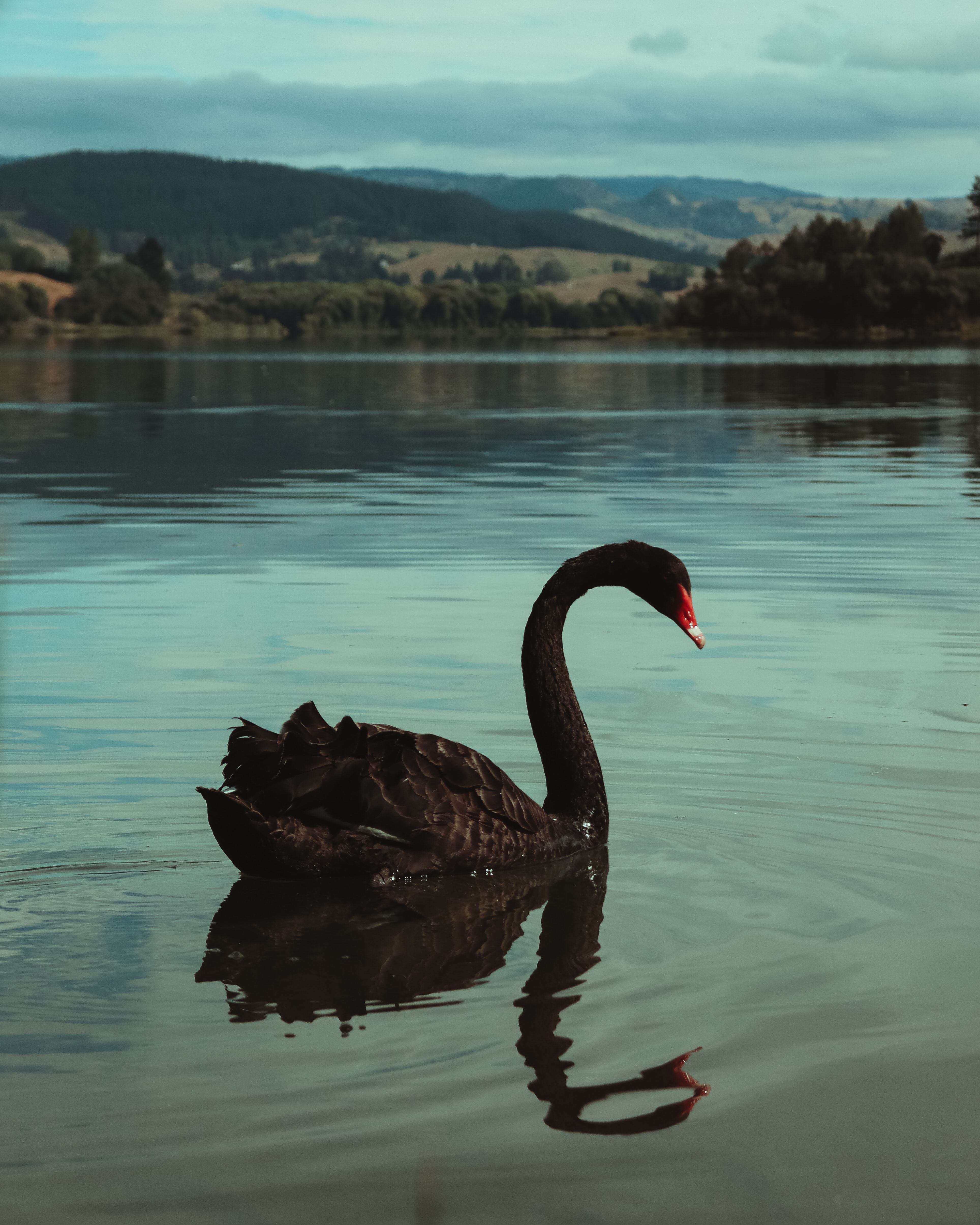 In 1696, Willem de Vlamingh, a skipper for the Dutch East India Co., was sent from his native Holland to Australia to look for survivors of a ship thought to have been wrecked on the continent’s west coast. Despite all his efforts, he never found the vessel or any of its crew but he did come across something else: the presence of black swans.  Many strange and exotic species were being discovered in these uncharted territories at the time but this sighting was of particular importance, for up to this point in history it was thought that only white swans existed. So adamant was this belief that a popular proverb had circulated in Europe since the Roman satirist Juvenal wrote in 82 AD : rara avis in terris nigroque simillima cygno ( a rare bird in the lands, and very like a black swan). This term was used ironically, in the same way that today we talk of pigs flying or pink elephants. The black swan was a metaphor for all that could not exist, until of course, due to an intrepid sailor, the impossible became possible. Once this happened the term’s meaning transformed: the black swan became a symbol of the improbable. In these times Corona Virus is seen as a black swan.

But what has this got to do with writing Flash Fiction? Well, quite a lot actually. The improbable, the random, the unexpected are what drive stories. If we followed a character that went about his or her daily business without a deflection of any kind we wouldn’t muster much narrative tension or impetus but when we lift that character out of certainty, introduce a glitch, a challenge to the status quo, then we assert enough pressure on them to reveal something insightful to the reader.

Nassim Nicholas Taleb in his book The Black Swan, The Impact of the Highly Improbable, and his subsequent books, his latest being Skin in the Game explores this idea by looking at how society deals with seemingly random happenings and suggests ways to make our world black-swan-robust, in other words a society where we reduce the impact of events such as the market crash of 1987, or CV-19 and exploit the positive ones such as the internet.

Taleb defines the phenomena as something that:

These three criteria mirror closely the ingredients that a story moves through – conflict (surprise), deflection (impact) and resolution. The last condition is particularly interesting; this idea that the event was predictable. From the relative privilege of retrospection, we can work out the reason why wars start, why empires collapse, why economies crash. Often, the mark of a successful story is how, when looking back over the series of actions and choices the character has undergone, the outcome feels inevitable. With hindsight we say ‘of course!’ rather than ‘where did that come from’?

Whereas in the real world we strive to reduce the impact of negative black swan events, as writers we want to harness their power. Of course, this is Flash and whatever surprise we present the observer/character, it has to be kept to scale so here’s an exercise[1] in Black Swan generation:

Start with a character immersed in their daily routine and have them find a physical object which threatens their status quo either physically or emotionally. Keep the setting small – a room, the car, the garden shed, a cupboard. The object should create a strong reaction in the character, strong enough to change the course of their trajectory within the scene you have placed them in and act as a conduit to reveal something meaningful to both the protagonist and the reader. For example, a woman racked with remorse for an affair she had years ago, finds an earring in her husband’s sock drawer. And of course the outcome needs to fit within the whole; however slight or subtle, every twist and turn of the action must support the ending.

This idea of randomness and uncertainty can help in the creative process of writing itself. Much of the art of storytelling involves making connections between details that don’t seem to have any link. It is the tension created in this process that causes the reader to think “I must know how this is resolved.” If you are struggling for inspiration try developing a story combining a character from one of your story ideas with a predicament or setting from another. This may be enough to produce that single and interesting rare action that will push your character and story deeper. If you are at a loss for a seed idea, use a plot generator site (there are a variety of them on the web) for the same reason.

And remember that creativity thrives in the impossible. What you might think is difficult to achieve today will no-doubt become possible in the future and that includes producing a crafted and original work of flash fiction. So persist and you too will create your own positive Black Swan.

Join Amanda and myself for a weekend of interactive, supportive flash writing April 17th -19th. Then we have a 2 weekend memoir-in-flash course May 8th – 10th and May 15th – 17th. We then have a month of wonderful prompts for the whole month of June! More details here: https://www.retreatwest.co.uk/online-writing-courses/

Mary-Jane Holmes has work included in The Best Small Fictions Anthology in 2016, 2018 and 2020. Her microfiction has recently been included in Best Microfictions 2019. A twice nominated Forward Prize nominee and Hawthornden Fellow, Mary-Jane has won the Bridport, Martin Starkie, Dromineer, Reflex Fiction and Mslexia prizes, and International Bedford Poetry competition as well as being shortlisted and commended for many more including the Beverley International Prize for Literature 2020, The Troubadour and Oxford Brookes Poetry prize. She was long-listed for the National Poetry Prize this year. Mary-Jane’s debut poetry collection Heliotrope with Matches and Magnifying Glass is published by Pindrop Press. She enjoys teaching creative writing both online and in person (when possible) around the world. She holds an Mst (distinction) in Creative Writing from Kellogg College Oxford and is currently working on a PhD at Newcastle University. @emjayinthedale  www.mary-janeholmes.com