The Dare by Helen Chambers 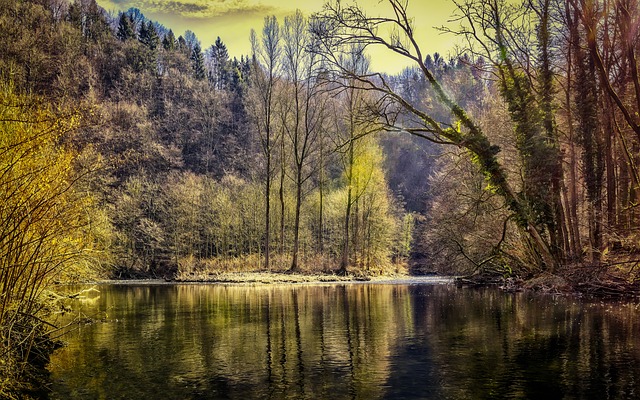 She peeled off her clothes, folded them neatly. Water flowed in widening circles as she stepped into the pool from the flat rocks, flexed away in one fluid movement, her body green-flecked beneath the unsettled surface. Tendrils of damp hair frizzed and curled like pondweed.

Breathing hard, he yanked down his shorts, floundering, splashing and gasping as the cold scorched his skin. He lurched to her, grabbed her wrists and tried to kiss her.

She flicked away. ‘Don’t. You’re hurting,’ she snapped.

She frowned. Muscles clenching, contracting into themselves, her limbs flattened and shrank. Her skin thickened like armour. Power flowed through her, and her scaly tail flicked. His laugh faltered as she widened her jaw, incisors gleaming. He jumped, but she was upon him, sinking teeth into his arm.

While his blood muddied the water, she submerged, holding him fast, rolling around his flapping body in a lugubrious twist. Finally, she released his floppy torso and crawled out, basking in the pine-scented air until she felt herself again. She dressed and left the forest without looking back.

About the author: Helen Chambers enjoys writing flash and short fiction, walking, and taking part in Open Air Shakespeare productions. She won the Fish Short Story Competition 2018, the Felixstowe Short Story Prize in 2016, and the Hysteria Flash Fiction Prize in 2014, as well as reaching other short and long lists for her work. She has an MA in Creative Writing from the University of Essex and blogs at wivenhoewritersblogspot.com

She Called It ‘Mauve’ by Jeanette Everson

It Starts Here by Dave Murray