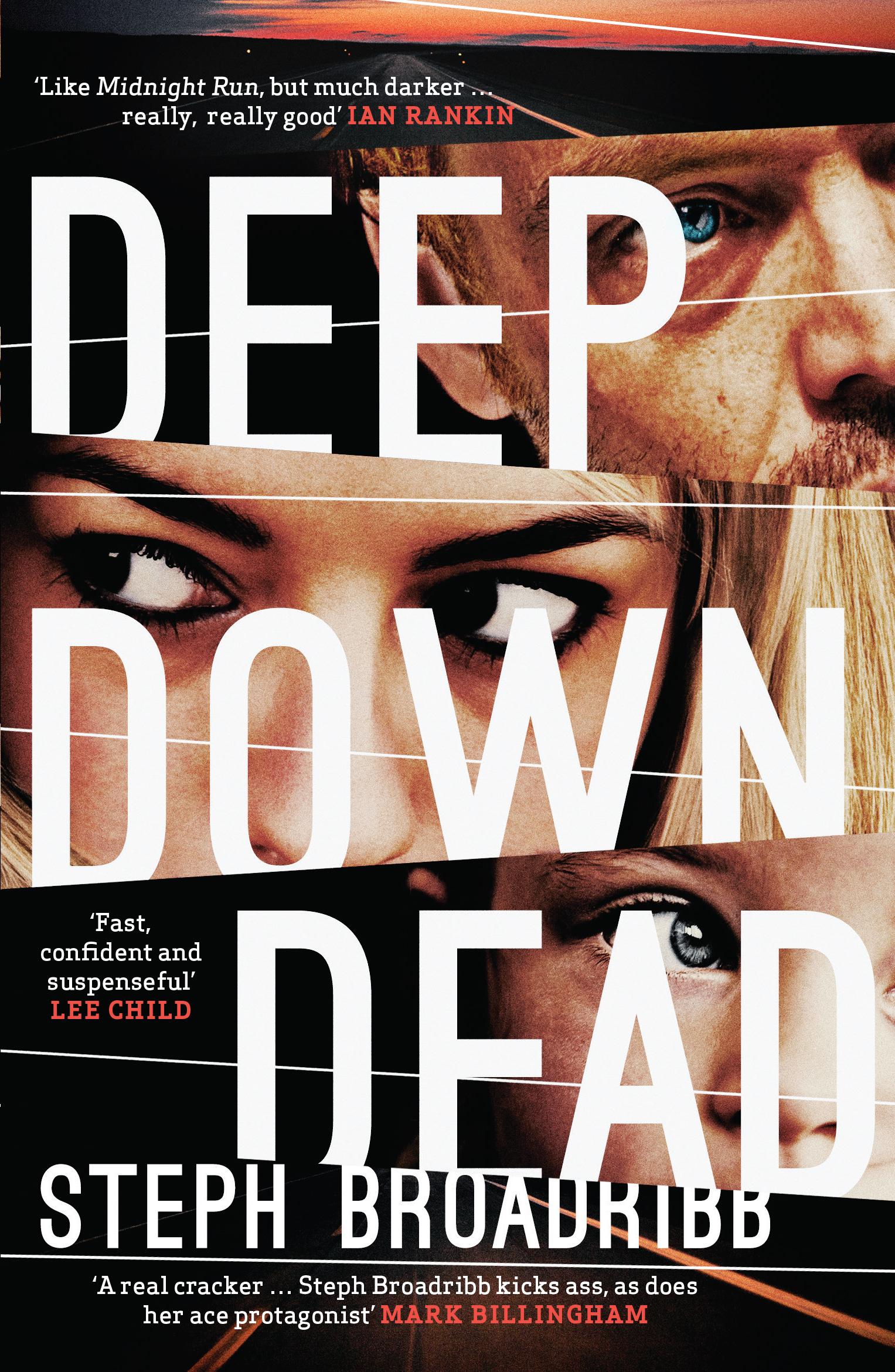 Delighted to have Steph Broadribb on the blog today as part of the blog tour for Deep Down Dead (Orenda Books). It’s fast-paced, original and a very entertaining read telling the story of Lori, a bounty hunter in Florida who has her daughter’s illness to contend with as well as a past that’s coming back to haunt her. Over to you, Steph…

Some people say ‘write what you know’, and while I think writing what you’re interested in is as important as writing what you know, for me it’s important to get the sense of a place if I’m going to write about it. As a result, when I was writing Deep Down Dead I set key scenes in places I knew. Aside from central Florida, where I have family and so am a regular visitor, I drew on my own experiences to shape Lori’s including:

Driving from West Virginia to Florida

It was actually on the drive from West Virginia to Florida that I had the idea for Lori. I’d driven out of the Blue Ridge Mountains in WV and into Virginia, and stopped for the night in a small paper mill town in the middle of nowhere. It was when I drove out to get some dinner I realised that my taillights weren’t working. The car was a rental, and when I checked the closest place authorised to fix the lights it was over 100 miles away. So I drove only in daylight after that, but I kept on thinking what if the state trooper pulls me over? As I drove and I thought about it more I thought what if the state trooper pulled someone over and as they were talking there was a banging on the trunk – what kind of person who travel with a person in their trunk? And from that question, Lori and her six state journey came about!

Kayaking through the Everglades

Gators don’t come off especially well in Deep Down Dead, but in truth they’re a whole lot more docile than their crocodile relatives. I had the chance to get up close and personal with gators while travelling through the Everglades by kayak. It’s a great way to experience the swamps and waterways, and the silence of kayaking allows you to see the shyer creatures and birds, and also get into the nooks and crannies where some of the more rare orchids grow. Of course my peaceful kayak safari was a million miles away from the experience of Lori, JT and Dakota in Deep Down Dead – because although the Everglades have a real beauty some parts are remote and give potential for high danger (especially if the bad guys are the ones who’ve taken you there!!).

Off the beaten track in the Blue Ridge Mountains

I lived in West Virginia when I was in my early twenties, and it’s the place I always think of if I’m picturing somewhere tranquil. There’s something almost magical about the woods and the creeks and the freshness of the air. It’s also a rugged and uncompromising landscape – as Lori, JT and Dakota find out! – that demands respect. Like Lori I’ve camped out under the stars there and hiked up a mountain in the near-dark, although in less tense circumstances than Lori it has to be said.

I hope that from going to these places, and setting scenes from Deep Down Dead in them, I’m able to give the reader a real sense of what Lori’s experiencing (and up against!). Maybe I can even entice a few people to go visit these great places.

Thanks for coming, Step. Best of luck with your exciting debut novel.

You can find out more about Deep Down Dead here.