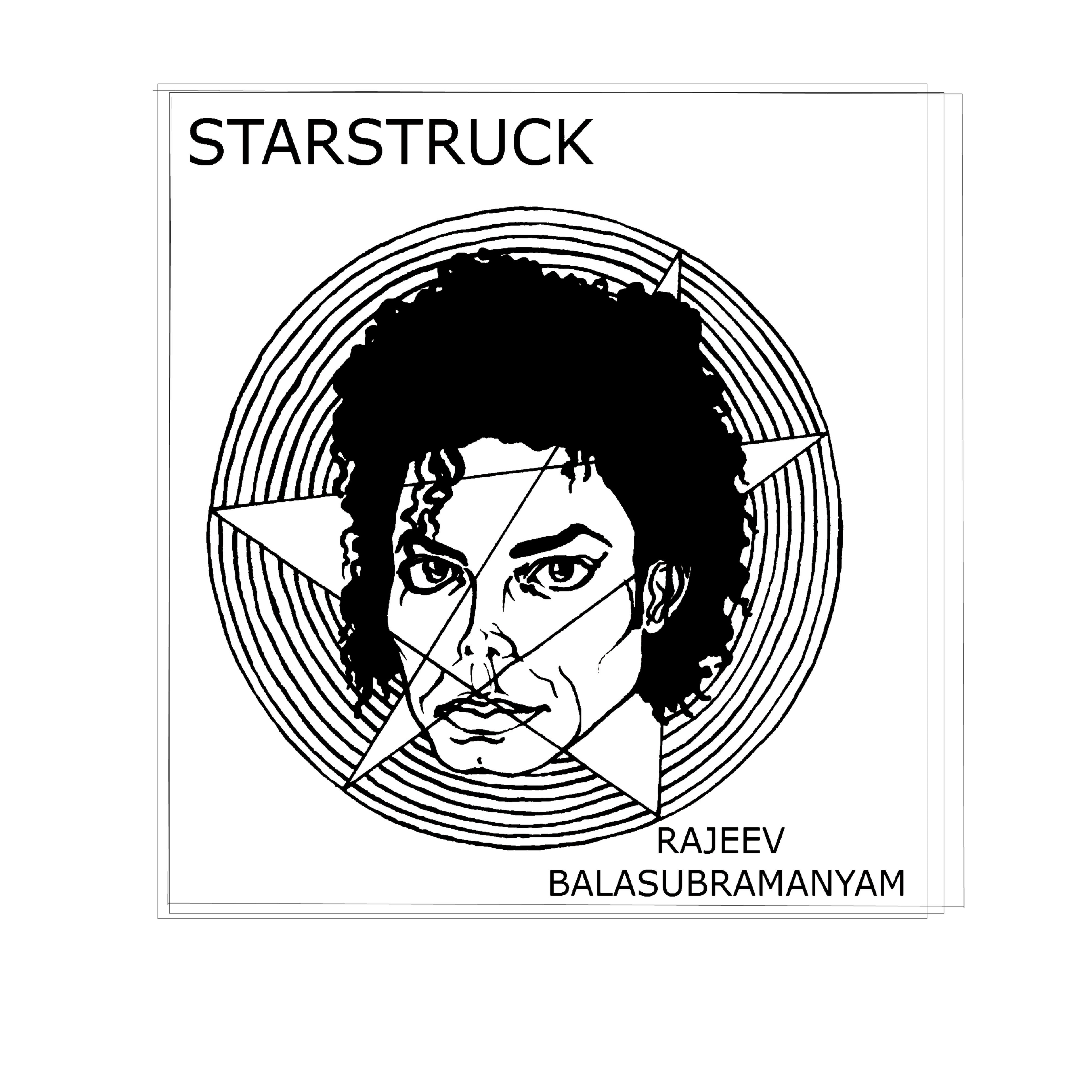 Delighted to have author, Rajeev Balasubramanyam, here today talking about his new novel in short stories, Starstruck. It’s darkly funny, surreal and touching; and one of the best books I’ve read so far this year. It’s being published on Monday 16th May by The Pigeonhole, which is an innovative new digital press that publishes serialised work.

Rajeev, can you tell us what inspired you to dissect the modern celebrity worshipping culture through 10 interconnected short stories rather than a novel?

I like to think of it as a pantheon of celebrities, each symbolising different aspects of the human experience, attracting or repelling different people for different reasons. It seems unlikely that one individual could encounter all 10 of them over the course of a novel, but most of us have had one celebrity encounter in our lives, however oblique, so individual stories made sense.

Despite how scathing the treatment the cult of celebrity is in the stories, I was left with the feeling that you believe even those caught up in it have the insight to see through it. Is this something you really believe, and if so, why do you think this cult exists?

I’m not sure if people need to see through it, exactly. I think celebrity is a social need that, and that need is unlikely to disappear. It’s an ancient need, the need to worship, the need for devotion, and also the need for archetypes, for  visible symbols carved in our own image. Sometimes they become symbols of hate, but they always embody something we find in our own psyche.

I think the wisdom lies in making our peace with this need rather than dismissing it, because I’m not sure the cult of celebrity is something anyone has truly transcended. You might meet a traditionalist who looks down on vulgar celebrity culture but is an ardent worshipper of the royal family; or an intellectual who is equally scornful of it but who looks upon Derrida or Marx as a god; even children who become quite starstruck when they go to Disneyland or think they’ve met Santa Claus. The reverse is also true – a great many people have a celebrity they hate. I was in a school a while ago, doing some readings, and every member of the class had a hated celebrity. Miley Cyrus’ and Justin Bieber’s names came up a lot.

How did you choose which celebrities to encounter in each story?

Some of them chose themselves. I had a dream about George Bush Sr., which was where the first story came from. Some came out of admiration, Freddie Mercury, obviously, and Sarah Ferguson because I saw her documentary ‘Finding Sarah’ and loved it. She was so open and honest about her emotions, so free of airs and graces. Tony Blair came out of hatred. That one was disturbing to write. Prince Harry was in the middle. He’s made these silly, racist comments, and often behaves in a thuggish manner, but he is oddly sympathetic in spite of it all. On one level, he seems to be aware that being a hereditary celebrity is quite unhealthy. It’s as if he’s groping for the humanity which was denied him from birth.

I can’t remember why I chose Beckham. Maybe because he seemed such an unlikely figure for the sort of politicisation I was writing about, and yet he’s so likeable, seems so straightforward and kind, that you feel it could actually happen. He’s the sort of person who might wake up one morning and say ‘I’m done with this’. Tyson and Bjork were also expedient: Tyson was useful for a story about the pitfalls of aggressive masculinity, and Bjork is Icelandic so she fitted in well into a story about the financial crisis. Her personality was perfect too — a radical individualist in a world of mass conformity.

The Steve Jobs story came out of an actual Facebook post by me. I thought the reaction to his death was over the top, but the reaction to my post was even more ridiculous. Obviously it wasn’t anything like the reaction in the story, but it was still bizarre. The transformation of a consumer brand into a religion is very, very worrying. That’s perhaps the point where I become scathing. With individuals I understand, but I have a lot less tolerance of it when it’s a machine or a brand.

As for Michael Jackson, he’s the king of celebrities, the head of the pantheon. But I took a different tack there and wrote the story about his devotees. I’ve met Michael Jackson fans before and found them to be very sincere and sweet, and of course after his downfall and death they became an anguished, heartbroken bunch. I don’t see much difference between them and the twelve disciples really. They worshipped Michael, saw him as the embodiment of love.

Even if you disagree with this, it’s hard to fault their motives. I really wanted to write a story that was fair to them, while showing how bizarre such fandom may seem to others. In one of his interviews Prince said he didn’t like the word ‘fan’ because it’s short for fanatic, but that’s how devotees often are. Some walk on fire to prove their faith, others whip themselves with thorns; in the Philippines there are those who actually nail themselves to crosses using real nails. This has been going on for a very, very long time, and it continues in the modern era via celebrity.

If you could have dinner with one celebrity, who would it be and why?

Given recent events, Prince. He was my idol since I was ten, and it was only after he died that I realised my feelings towards him were religious in essence. I think I’m still in shock after his death. I think most of us have a celebrity like this in our lives.

Thanks very much for coming, Rajeev, and giving us this insight into the creation of Starstruck.