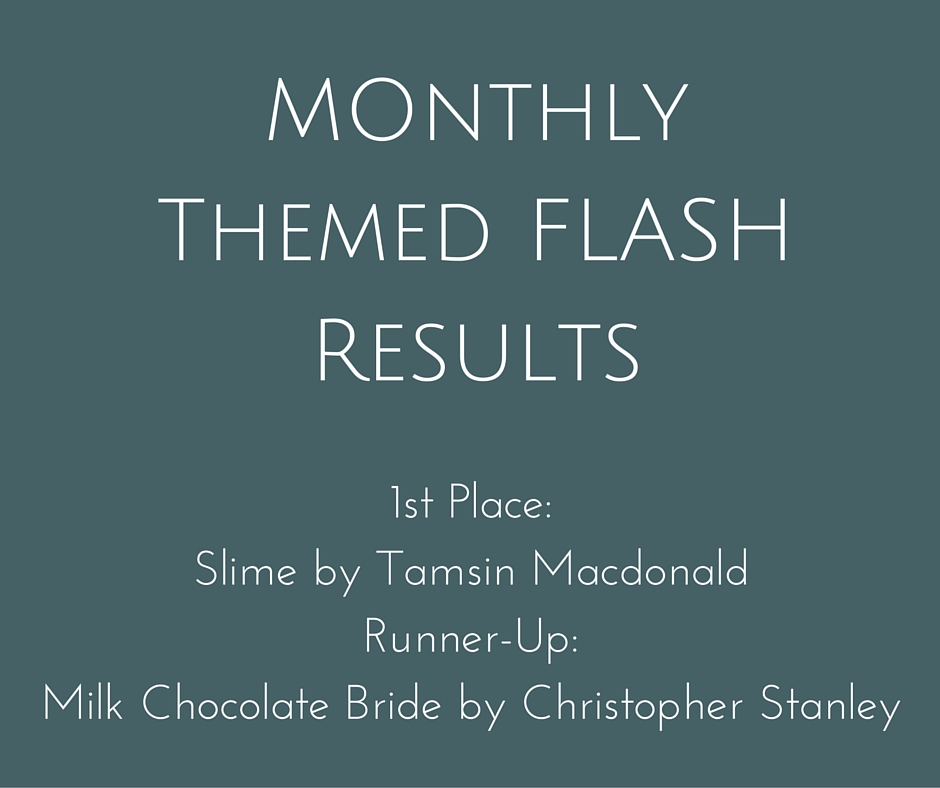 Sorry these are so late but June was a very busy month and July is proving to be the same!

Thanks to everyone that entered. The winning stories are…

Loved the metaphor and imagery in this story and the brilliant use of language to really evoke the sliminess of the world.

The author: Tamsin Macdonald is a Manchester-based secondary school teacher by trade who is in the process of earning her writing stripes. Recently, she was a finalist in the Storgy short story competition and one of her short stories is published by World Weaver Press in an anthology of sirens-themed fiction. She writes at great length (novels) and short length (flash fiction, short stories, poetry) and enjoys performing at spoken word nights in Manchester.
Read It

Great descriptions and imagery and I could really picture everything the narrator was seeing and dreaming and also feel the cloying chocolate in my mouth.

The author: Christopher Stanley lives on a hill with three sons who share the same birthday but aren’t triplets. He writes to stay sane and has been mostly successful so far.

The next Themed Flash Competition deadline is 31st July 2016 and the theme is Envy. Winner and runner-up stories get published on the website and there’s cash prizes too. Find out more here.

The annual RW Flash Fiction Prize has substantial cash prizes and the winning and shortlisted entries all get published in the annual anthology with innovative indie press, Urbane Publications.

This year’s judge is the esteemed flash writer, and novelist, David Gaffney. Read his tips on writing flash with an impact before you submit. The deadline for entries is 30th September 2016. Get more info here. 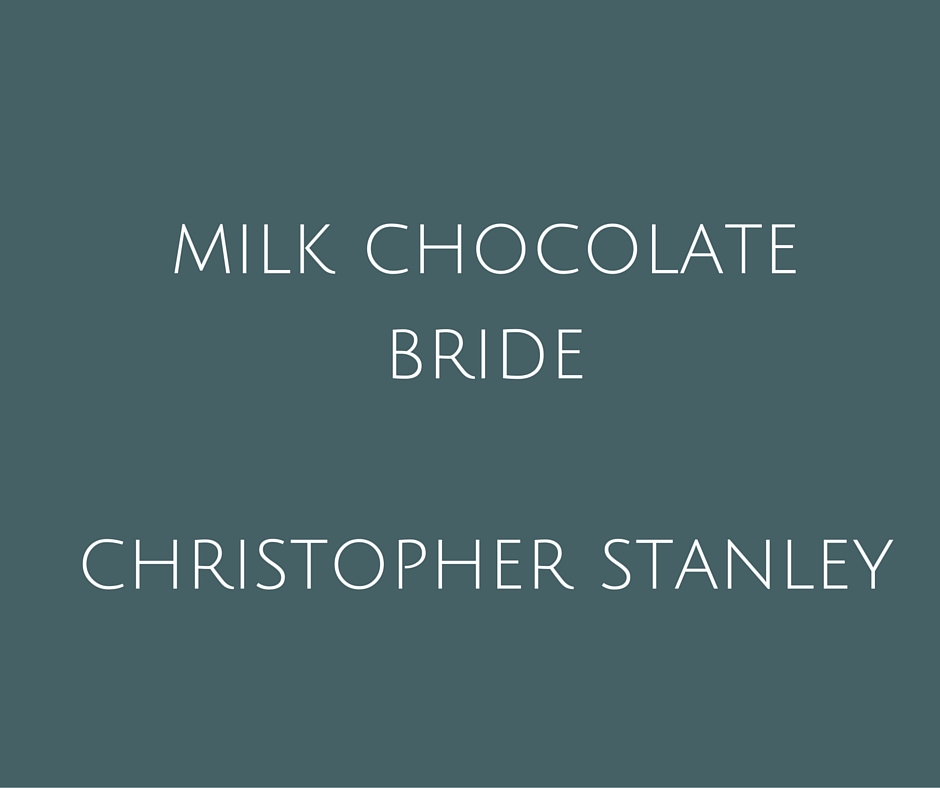 I never had money for self-indulgence. Without the scholarship, I wouldn’t have been able to attend the boarding school. So when Morag promised to buy me the biggest chocolate bar she could find, I didn’t ask why. I was poor compared to my housemates and chocolate was a luxury I could rarely afford. I didn’t realise Morag’s promise might come with a price until Valentine’s Day, when I returned from hockey training to find a 200g bar of Bourneville on my bed. The note said ‘Was hoping for something bigger, Mx’

I knew precisely two things about Morag: she was Hungarian and she was obese. Revoltingly so. Looking at her, I could easily imagine nightly banquets of Belgian buns and Dobos torte, with Morag squeezing pastries into her mouth until her belly rippled beneath her bib and her cheeks were flaked with crumbs.

I tore the note to pieces, broke the chocolate into chunks, and swallowed both until all that remained of my Valentine’s gift was an empty wrapper and a sickly taste in my mouth. I would never tell anyone.

At the weekend I watched the girls’ hockey with Emma. Near Emma. Emma was pretty like she’d been poured from a vase and I blushed whenever we made eye contact. After the match, I returned to my study to find a 400g bar of Cadbury’s Wholenut on my pillow. I shoved half into my mouth and hid the rest in a drawer.

The following days brought more chocolate. I filled my tuckbox with Toblerone and wedged Fruit & Nut bars between the text books on my shelf. At night I dreamed I was fat like a Friesian cow and dancing naked with my milk chocolate bride.

A junior housemate knocked on my study door. ‘Emma’s coming,’ he said, breathing hard. ‘She wants to borrow your economics homework.’

There was chocolate everywhere. If I let Emma into my room, she was going to ask questions. I emptied my tuckbox onto my duvet and slipped the chocolate from my shelves. Panicking, I had just one thought: destroy the evidence.

Wrappers fell to the floor as I chewed my way through chunk after cloying chunk. Chocolate bound my teeth and fingers like mortar. Flakes found the creases in my trousers and dribble stained my shirt. My stomach groaned but still I imagined I could complete the task and make myself presentable before Emma arrived.

Then someone knocked on my door. I wasn’t ready. The handle turned, the door swung open and there was Morag, standing in my doorway with her latest offering.

‘What are you doing?’ she asked, appraising the scene. ‘My chocolate. My gifts. I thought we’d share them. I never meant for you to…what are you? Some kind of animal? You’re disgusting!’

And with that, she left.

I sighed a chocolate sigh. I could already picture the rumours rippling through the school like so much milk being stirred into thick, dark cocoa.

The author: Christopher Stanley lives on a hill with three sons who share the same birthday but aren’t triplets. He writes to stay sane and has been mostly successful so far.