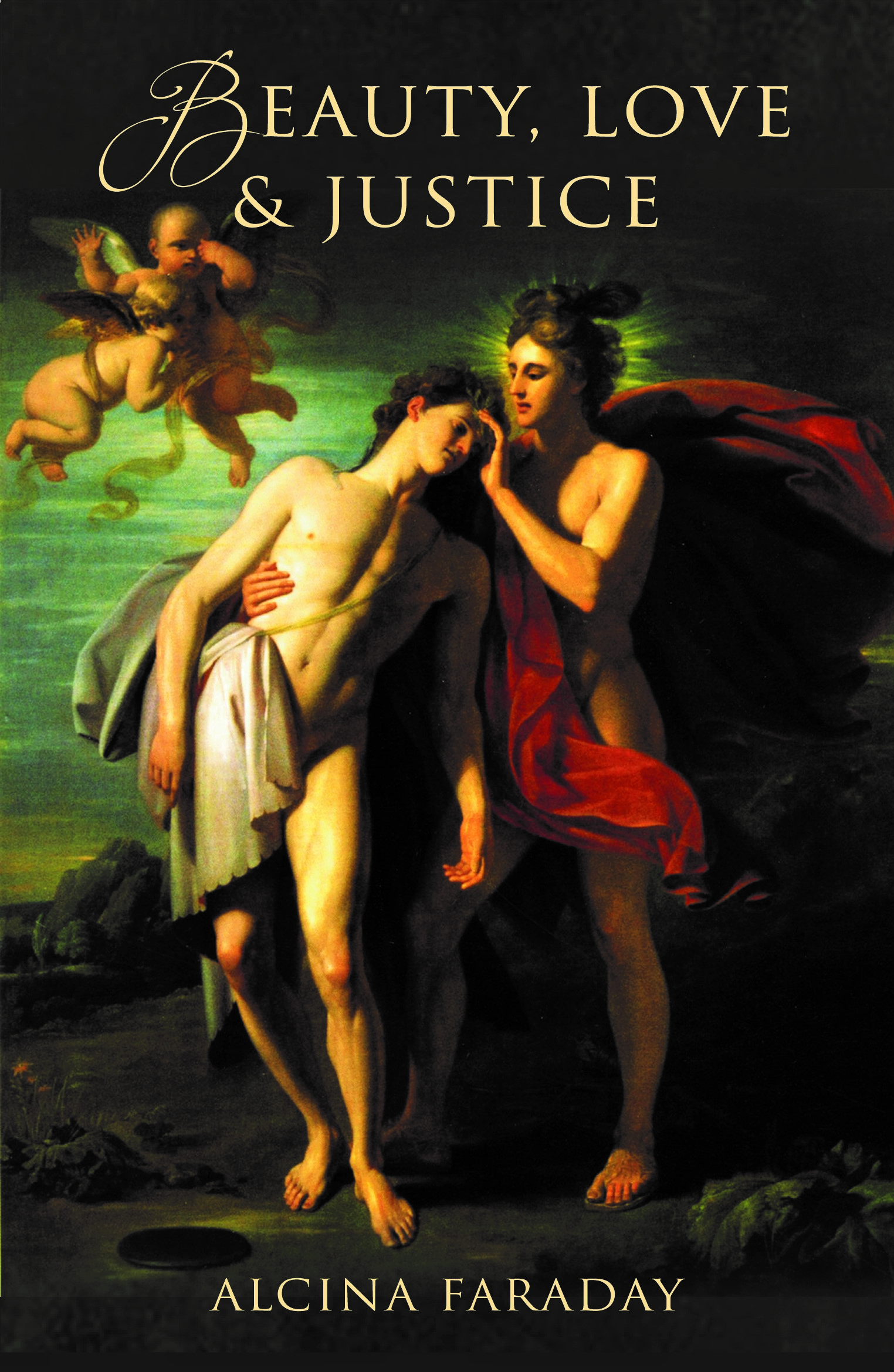 This week’s Year of Indie Debuts spotlight falls on Alcina Faraday, whose debut novel, Beauty, Love and Justice, was published by Urbane Publications earlier this year. It’s the first in a trilogy and poses some very interesting questions about physical and emotional beauty, love and getting old. Not all of which are answered in this book so I’m now hankering to get my hands on the second one!

Alcina, by writing the book from the point of view of two gay men you really took the advice given to new writers about writing what you know and showed that it doesn’t have to be that way. Why did you decide to write in these characters’ voices and what inspired this story?

I think that fiction should enable readers and writers to explore lives beyond their own. That said, if my characters work, it’s because in writing about the big stuff – like love, lust, ambition, virtue, loss, deception, regret – I’m hoping to find new things to say about human experiences and emotions that translate across all genders, sexualities and cultures.

To be slightly more mysterious, my inspiration for the “Spiral Wound” trilogy is the black and white photograph I saw in the local graveyard when I lived in a remote village in southern Portugal.

This is the first in a trilogy and it poses some really interesting questions about desire, lust, love and ageing – are these themes going to continue throughout the next two books and why are they important to you as the writer and to your characters?

Very much so. Extra-terrestrials would be totally baffled by the mess that humans get into in pursuit of sex, love, intimacy and companionship – and astonished at our personal vanity. From a writer’s perspective, love and sex scenes provide a great snapshot of the relationship between two characters – and are terrific fun to write. As for getting old – well, it’s a drag. The way beautiful people respond to ageing – usually with denial – fascinates me. I suspect that truly happy people spend less time looking in mirrors – and more time looking at the people they love – as they get older.

Which authors would you say have had the biggest influence on you as a writer?

In true geeky Tiago style I’ve created a “writers’ block” on my web site, which summarises the writers whose work I most admire in chronological order. They’re a pretty eclectic bunch, but Anthony Trollope, Emile Zola, Thomas Hardy, EF Benson, William Saroyan, John Wyndham and Armistead Maupin are probably the authors I most frequently re-read. I also re-read a lot of plays by Elizabethan, Jacobean and Restoration dramatists, and I’m a huge fan of poetry; I nearly always have a book of Ovid, Shakespeare, Marlowe, Donne, Keats, Eliot or Auden on the go.

If there is one book you wish you’d written which would it be and why?

Persuasion by Jane Austen. I love all of it; the inexorable rise of Anne Elliott, the degeneration of her useless family, the great pacing of the plot, and the elegant and understated denouement. I love stories in which letters power the plot – I’ve tried it a bit in “Beauty” but look out for something more ingenious in the third book in my Spiral Wound Trilogy, “The Commodity Fetish.”

Can you tell us why you chose to publish this trilogy with Urbane, a very new indie publisher?

Two reasons really. Firstly, I work full time in business and have always valued the help provided by true experts who know their stuff and have a passion for what they do – I’d say that’s not a bad sketch of Matthew. His advice, editing skills, and simple enthusiasm for beautiful words, have been invaluable. Secondly, my plots are beautifully-crafted, dark, naughty, mid-brow literary romcoms with a sci-fi twist – I simply don’t have the time to persuade the big six to take the risk of publishing them.

When will the next one in the series be released and what can we expect from it?

In “These Modern Girls”, which will come out in late 2016, Sophia Blake, a spiritually washed-up English engineer with a lucrative ex-pat job and a run down flat in Lisbon, meets Ines Pereira, a hedonistic young communist doctor working in a Lisbon emergency ward. Ines is the cousin of Tiago da Silva – they share the same hero grandfather, Avo Joao – and as the story wraps around the events in “Beauty”, and pulls in echoes from Tiago and Ines’ family history, there’s a strong sense of continuity between the two books. In the second half of “Girls”, which takes place after the events of “Beauty”, I’m really pleased with the way that Raphael steps up and plays a pivotal role. We finally see the depth of character, courage and loyalty that counterbalance the darkness in the first book, and he becomes a whole person.

The third part in the trilogy, “The Commodity Fetish”, which rolls out the story of the Lux plot that Tiago and Raphael hatch in “Beauty”, will come out in 2018. It’s more or less the same cast as “Beauty” – but someone important leaves the stage early on.

Well, that’s certainly an intriguing note to end the interview on! Many thanks for your time, Alcina, and I look forward to the next installments.

You can get a copy of Beauty, Love and Justice here and connect with Alcina on Twitter to keep up with her writing news.

Next up in the Year of Indie Debuts is Anthony Trevelyan and The Weightless World. Get in touch if you’d like to feature in the series.