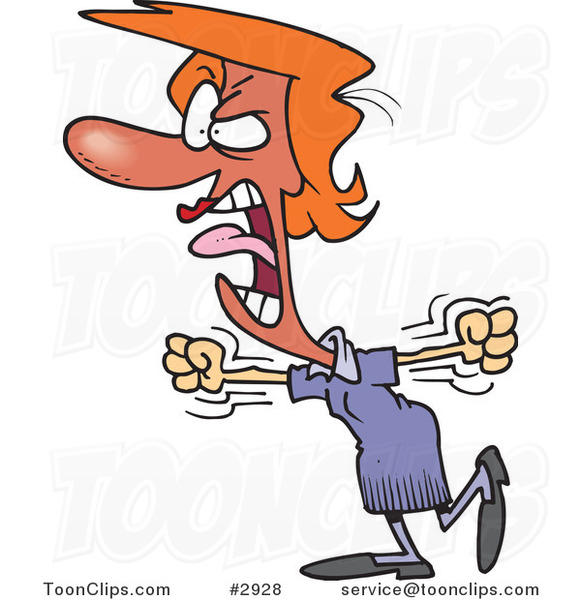 We all do it I know, the literary equivalent of shouting at the TV. No matter how well researched a book, from time to time something will crash through the narrative and make me want to scream – that moment when the writer introduces something which you know is a terrible cliche or just plain wrong. Worse than that, it’s something you’ve seen a hundred times before and yet it keeps coming up, over and over, jerking you out of the book like a scratch on a record.

Maybe it’s just me, I do come from a long line of TV shouters, but in case anyone else is interested, here’s my list of my pet hates/peeves/soap box rants and the reasons why.

Ahh, there’s nothing so beautiful and classy as the classic pearl necklace, usually, well, always displayed on the slender and elegant neck of a heroine. But wait, what’s this? She’s being attacked or caressed or grabbed from behind – sometimes it’s a little hard to tell the difference – and look, the necklace breaks and the pearls cascade down like hard drops of rain, so metaphorical, such a devastating image – you can almost imagine the pretentious black and white pop video. Of course, these pearls are always THE BEST quality, they are keisha pearls, black pearls, perfectly round – but this is wrong, wrong, wrong!! Why? Because if you have ever had a pearl necklace, from the cheapest plastic number upwards, you will see that each pearl on the string has a little knot between it and the next one. This simple, genius device is so that when the heroine’s slender neck is grabbed and the necklace breaks, the most she’s going to lose is a single pearl. Get it? because they are so perfect and expensive, those clever old jewellers had already thought it would be a shame if they all rolled away down the gutter in an accident, and they spend their time tying tiny knots in the silk between the pearls so this won’t happen. So please, no more pearls scattering like angels tears, ok?

I could probably write a whole blog on what cliches people write about birth, but I am a bit of a birth nerd (blame the NCT). My biggest peeve about birth is this:

The baby is coming, yet something is wrong – the midwife cries out that alas, the umbilical cord is wrapped round the baby’s neck – oh no! The life giving cord which has nurtured the infant in the womb is now strangling it – oh, the irony! EXCEPT that doesn’t happen. Yes, the cord can be crushed during labour and cause problems, some of them serious, but this is when the cord is squashed, usually between the baby’s shoulder and the wall of the  birth canal. In fact, the cord round the neck is both pretty common and almost always fine, they are wonderfully stretchy things and very easily slip on and off again, like a turtle neck. Sometimes they even get wrapped round two or three times without problems, so please find another dramatic birth story, because there are loads of real ones to uncover.

He punched in her number

This is one I noticed today, while listening to an audio book. I find that most of these jump out at me when listening in a way they don’t always with reading print, which is why my number one tip for editing is to read everything you write out loud, but I digress. We’ve had mobile phones for a while now, and you’re probably like me in that when you meet someone you’d like to call, you might just have noticed a few digits from their phone number when they put it in your contacts list, but after that you will never look at their number again and so if you’re ever without your mobile, will find it impossible to call anyone. Yet so often in books, characters will ‘enter the number on the phone’ rather than scroll down through the list and choose the correct name. I know it’s a small, tiny thing, but boy, it jerks me out of a narrative.

She ringed her eyes in kohl

No, she didn’t. Not unless she was alive in aching Egypt or was Dusty Springfield, who ever says that? Please, can we ‘apply eye liner’ , draw on eye liner, smudge on eye liner – because that’s what we do now.

She had flowing red hair and green eyes…

I wonder if anyone has counted up the percentage of female characters in books who have red hair and green eyes, compared to their proportion in the world? And what about men with red hair and green eyes, when did you last read about a red haired hero? I mean, sure, I could write a huge blog about how under represented loads of people are, but red headed women with green eyes I feel are in a weird majority. And mysterious heroes with grey eyes, mind you.

I could go on, I really could, but these are five tiny but annoyingly niggley peeves which will always get me huffing at the word on the page. There are of course huge, massive great big ones which will do the same, but that’s for another day and another blog – I’m sweating the small stuff! Comment below and tell me your mole hills you blow up into writing mountains, and we can share each other’s pain!

5 thoughts on “Shouting at the page”