She Called It ‘Mauve’ by Jeanette Everson 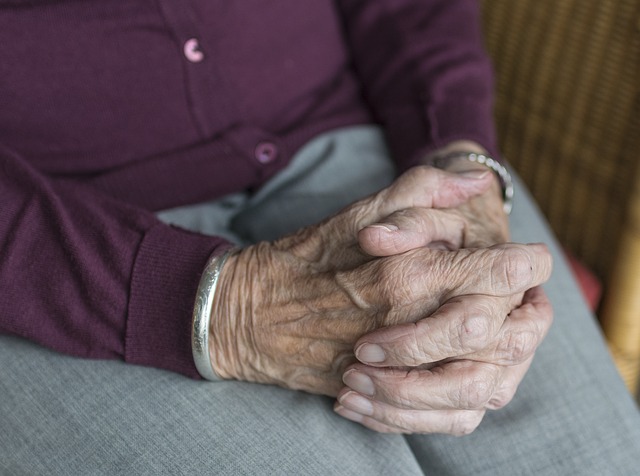 She Called It ‘Mauve’

My grandmother wore old age as shades of purple. The flowers I put on her grave shrivel and die, yet with every plum I shine on my sleeve, the Merlot that swills in my glass, the amethyst flash of my mother’s rings, I see my grandmother’s layered purple skirts. In the bruise of my shin from the horsefly bites and the iridescent varnish on my fingernails as I scratch at the pain, I feel her touch. In my garden, lavender fragrance mingles with chive pompoms to conjure her ghost. Remember me, she says, in the folds of my daughter’s curtains and the stripes of my favourite shirt; remember me.

I wait behind an elderly woman in the supermarket queue, the basket heavy in her hands. Meals for one. Soft food, easy to chew. Budget purchases, weighed against the price of a pension, laid softly into her wheeled bag after the coins from her purse are carefully counted by her violet-veined hands. The cashier fidgets while the woman who is not my grandmother fumbles with the fastenings. I abandon my basket without apology, to hurry after that mauve scarf, those faltering footsteps, to help her to her car; I remember.

About the author: Jeanette was first published in Horse and Pony magazine at the age of ten. She’s striving to achieve equal accolade now she’s (allegedly) a grown up, and has a couple of flash fiction contest wins lying around somewhere. Jeanette runs her ceramics business from her home in rural Ireland, which she shares with her husband, her children, a steady stream of visitors from overseas, and far too many animals. She quite likes to shut the door on them all and write.

Friday in the Firelight by Sally Zigmond

The Dare by Helen Chambers