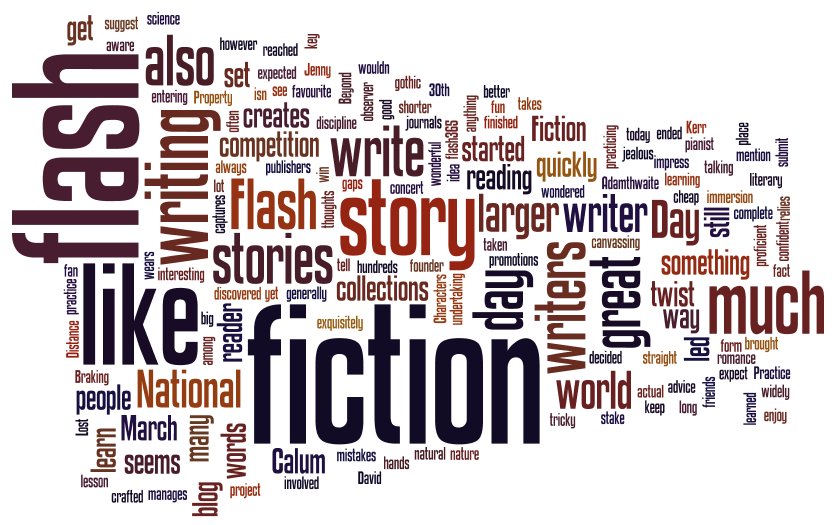 Many thanks to all the writers that sent entries for the March Quarterly Themed Flash competition on the theme of red. There were lots of stories that had really strong, vivid writing that were let down by a quick punchline ending or were too vague and it wasn’t clear what they were saying. A shame as they showed real promise up until then. Some were too heavy handed with the use of red. The winning stories really stood out for me as using the theme well and telling a story that flowed through to the end.

Winner: To be the beach by Mandy Huggins

This stood out as the clear winner due to it’s brilliant use of language to evoke the bleakness of the scene, atmosphere and the relationship at the heart of the story. I loved the subtle flashes of red, the only colour in a sea of grey, that signified that hope and change could be achieved.
Read It

I liked how well this captured that row that escalates out of nowhere, the bewilderment you feel when things spiral out of control, and the inevitability of the narrator’s fate as he can’t control his anger that was foreshadowed in the very first paragraph. But that from someone else’s perspective he’s just another statistic.
Read It

The setting of the famous Spanish tomato throwing festival was used to great effect, becoming a bit sinister and scary. I really liked how the ending made me stop and think to figure out exactly what was going on.
Read It

To be the beach by Mandy Huggins