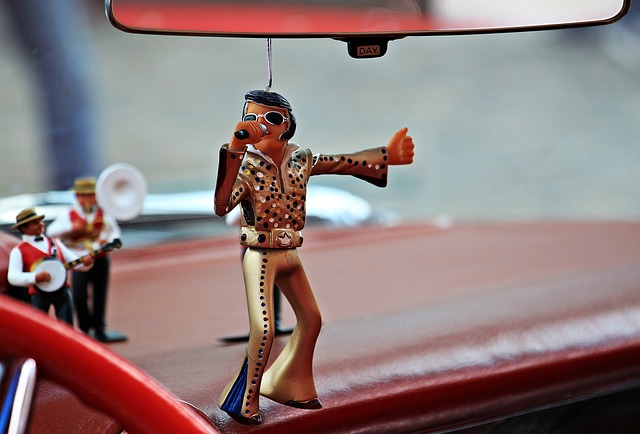 The Night Before Driving Back from a Camping Holiday, Mid-August 1977

I’m refusing to sing along when the radio interrupts:

The King has died on his Graceland throne.

You pull the car over. Your hands grip the steering wheel so tight your knuckles go white.

You rock and sob down sorrow.

Around the campfire you’d curled your lip, shook your hips.

Me and the crowd clapped and cheered for more.

Later, I spot you through a window.

In a camper that’s not ours. With a woman who isn’t Mom.

That’s really when the King died.

About the author: Originally from America’s heartland, Missouri, Sherry Morris writes short stories, flash fiction and monologues which have won prizes, placed on shortlists and been performed in London and Scotland. She lives on a farm in the Scottish Highlands where she watches clouds, pets cows, goes for long walks and scribbles stories. Her published work can be found on www.uksherka.comor follow her @Uksherka.

If you’ve enjoyed Sherry’s story, please leave a comment for her below!

One thought on “The Night Before Driving Back from a Camping Holiday, Mid-August 1977 by Sherry Morris”