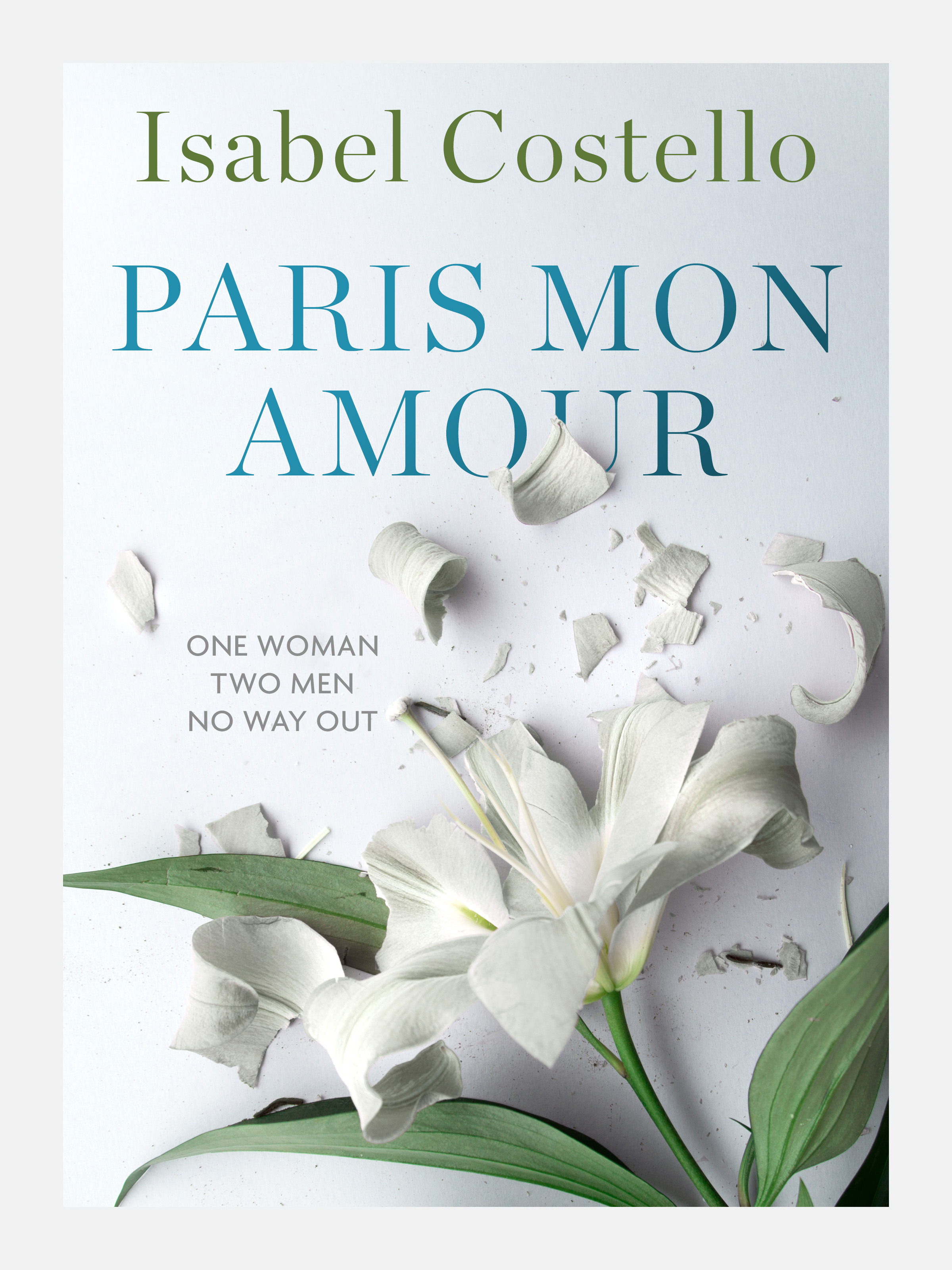 I’m very happy indeed today to be featuring Isabel Costello in the Indie Debuts spotlight. Isabel and I have been friends for several years now and have been supporting each other on our journey to publication so I was thrilled for her when her novel, Paris Mon Amour, was picked up by exciting new publishers, Canelo. Published today, it is beautifully written, thought provoking and very sad, while also being filled with hope, and I highly recommend it.  So it was great to get the chance to ask Isabel all about it for the blog.

Isabel, your debut novel tells the tale of a love affair between a woman of 40 and a man of 23 – can you tell us about the inspiration for this story?

There is quite a history to it! Paris Mon Amour started life as a short story four years ago, a kind of personal response to the depiction of female sexuality in Fifty Shades of Grey, which wasn’t one I recognised. It was a natural choice to make the protagonist closer to my own age, not least because it’s relatively rare to find a woman over 40 centre-stage in a novel.

Although it’s unusual for me to start from an agenda, the premise soon came to me very vividly. Even in its original short form, it was a game-changer which sparked some extremely positive developments. The judges who shortlisted it in the Asham Award called the story ‘novelistic’, which was a challenge and an inspiration. I wrote the novel with a fire burning, and with the invaluable support and guidance of my agent. In Canelo, I’m lucky to have a publisher who love it for what it is and don’t care whether it follows trends.

The older woman/younger man scenario is not one that is explored that often or accepted, frowned upon in a way the reverse situation isn’t, how do you feel about this inequality?

My feelings about this are an extension of my general frustration with sexual inequality and double standards, particularly when it comes to relationships, ageing, looks, etc. For those attitudes to be challenged it takes women of all ages to say we are not silent, we are not invisible. Of course there have been huge, hard-won advances in women’s equality but the continued extent of discrimination and sexism in the 21 st century is astounding – in some respects it seems worse than ever.

In fiction, ‘older man/younger woman’ is a tired trope but I was conscious that the reverse isn’t exactly original either (‘Mrs Robinson’ gets mentioned a lot). That never worried me as my aim was to get so deeply into the characters that the story could only be about Alexandra and Jean-Luc – and her husband Philippe. And considering that her lover is the son of Philippe’s best friend, the age gap was never going to be the only issue. Far from it!

Your narrator, Alexandra, is so caught up in her lust and discovery of new sexual feelings, that she dismisses some very obvious signs that all is not quite right with her young lover, Jean-Luc. Her feelings of guilt are obvious from the very first line of the novel. Do you believe she is right to feel guilty?

Guilt is something most women can relate to, and it manifests in so many ways in Paris Mon Amour, in different threads of the story, that I couldn’t give you a straight answer if I tried (certainly not without spoiling it)! I like to leave space for the reader to formulate their own response to Alexandra, but I’m not averse to making it a bit uncomfortable. I take a situation to which many people would have an instinctive reaction – infidelity is wrong/I would never do something like that – and blur the lines.

I don’t like moralising books and there was never any danger of me writing one! Humans are complicated and I am far more interested in understanding my characters – a big part of making them believable – than in judging them. When Alexandra meets Jean-Luc and discovers ‘layers to sex she never knew existed’, it disrupts her entire life, blinding her to other things she doesn’t want to see. Sometimes she actively deludes herself in an attempt to justify what’s going on, but the guilt is never far from the surface.

For me the story raises many questions around culpability and how responsible we can ever be for the feelings and actions of others. What are your thoughts on that?

I can see why you’d ask those questions, as they reverberate throughout the book, whilst being impossible to answer categorically. On the whole, I would tend to say that ultimately we are responsible for our own actions, although it’s tempting, and perhaps just part of human nature, to try to blame our mistakes on others.

I think a degree of care and concern (not quite the same as ‘responsibility’) for others’ feelings is fundamental to human interaction given that most people naturally have empathy and compassion, although it is confusing to look at the state of the world and see so much evidence to the contrary.

Personally I believe we have a responsibility to try to be decent, act in good faith and not inflict unnecessary pain on others, but life is a painful business and sometimes it can’t be avoided, for example, when relationships end. My characters are good at heart; they don’t set out to hurt each other but nobody can be on their best behaviour all the time. As Alexandra finds, harming those you love can be as devastating as being on the receiving end.

Paris is a major character in the book too – do you think that the story could ever have been set elsewhere?

That is lovely to hear, thank you! It never crossed my mind to set it anywhere else, and I don’t think it would have worked. I wanted to tap into the romance and sexiness Paris is famous for, whilst also reflecting it as the real place I know, which is why I set part of it in the lesser-known 19 th arrondissement. My relationship with Paris is an intense one; it always induces a heightened emotional state, somehow, and although its associations are mostly positive, I’ve done some stupid things there myself.

This story absolutely needed the cultural conflict between Alexandra, an ‘Anglo-Saxon’ outsider/insider who has lived in Paris for ten years, and the more liberal outlook on infidelity held by some Parisians – certainly not all! I am lucky to have friends in Paris and other parts of France and it was enlightening hearing their take on all this.

Thanks for having me and for asking such interesting questions, Amanda.

Thanks for coming, Isabel and happy publication day!

You can get a copy of Paris Mon Amour here, find out more about Isabel and her novel on her blog and connect with her on Twitter.

What do you think about the questions the novel raises around infidelity, culpability and guilt?