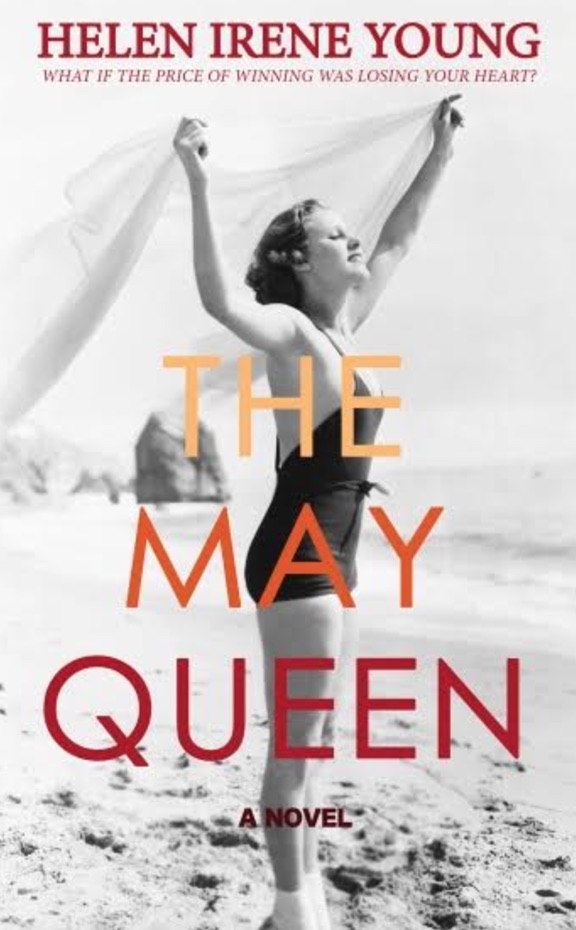 For the next in our series looking at Indie debuts, we’re speaking with Helen Irene Young about her novel The May Queen. It’s a light yet poignant coming of age novel, opening just before the start of world war two, following May as she struggles against the expectations of society and the privations of war to find herself and her love.

Hello Helen and thank you for taking the time to answer my questions about your novel. We (us authors I mean) are  always being asked to class our writing as one genre or another, and I suppose I’d class The May Queen both as women’s fiction and historical fiction, have you decided which it is? Will you write more in that genre, or is the May Queen a one off?

Yes, it’s tricky. I never set out to write ‘historical fiction’ as such because it gives more importance to the notion of genre rather than content. When you say it’s historic and it doesn’t have enough period detail, people get upset. I’d probably tell them to go visit a museum. I don’t even know what ‘women’s fiction’ is. It’s a label I really struggle with. When writing The May Queen I got really obsessed with the idea of telling a modern story set in a past time because inherently there isn’t anything different in the way people acted then to how people act now. They’re just clothed differently. You could call The May Queen historic fiction but you could also call it motorbike fiction, if you wanted, because there’s a motorbike in it. Actually ‘women’s motorbike fiction’ has a nice ring to it.

Oh yes, I really like women’s motorbike fiction, that should definitely be a genre all of it’s own!  Your main character May, the motorbike rider,  feels like a very real person, with a deep sense of her place in time – her story would have been very different if only set ten years earlier or later. Was the idea behind the book sparked by real life stories?

That is great to hear, thank you. I certainly lived and breathed her from start to finish. She was initially based on my grandmother who grew up in the mill cottages in Fairford, Gloucestershire, which is where May lives in the book. She quickly became something other though, perhaps retaining something of what I thought my grandmother might have been as a girl, something of my mother too and lots of me. In terms of her sense of place, you’re right, her positioning at this time, at this age in wartime Britain could not have happened at any other time. It would have been a different book.

I felt that there was a lot of symbolism around vehicles of different kinds, the car in the big house, May’s bike, her later war work – do you feel that they represent more than just a means of getting about, that they’re a metaphor also?

I hadn’t thought of that. I was focusing too much on water being a metaphor! Vehicles do this too though, you’re right, however, their main function is to get May from A to B. I suppose that I made her a dispatch rider because it was the most exciting of the WRNS professions for me. She could have worked in an office, she could have been an engineer or she could have been a boater as her friend, Rene, is. I thought if she had her own wheels she could go anywhere, quite literally.

I think one of the strongest ideas which comes across is how although the war was so utterly devastating, it also offered a way ‘out’ of traditional roles and life paths for women, do you think that’s the case too?

Yes, there were so many chances for different love affairs for one! I think this period saw more free love than the 1960s. Women really took charge of their sex lives and they were everyday women, not society women either. That was a new thing. In The May Queen, May is free to marry but she doesn’t have to either and that is the big difference. It changes the way she thinks about everything.

I’ve heard that the book was serialised in a women’s magazine, which must have felt like a huge vote of confidence! Which magazine was it, how did you find that experience and did you have to re-edit it for that publication?

This is the point at which I pretend this happened and name an obscure literary magazine.

Oh blimey, I better fire the office underlings – goodness knows how I decided that was a thing! Well, I think it would sit very well as a serial in a magazine, if that helps! Let me recover my blushes with my next question: What sort of writer are you, what’s your process? I tend to write loads and try not to stop, then think about it afterwards, how do you approach creating a novel?

Good question! (phew!) I try to let an idea grow into something all-encompassing in my head first. This helps me to mull over character, plot and circumstance and also the big WHY. As in, why am I doing this? What am I trying to say? Does it matter? If it matters, why does it matter? How do I want my reader to feel afterwards? I really like that last question. As a writer I try to drive everything (no matter how small) towards that. Once there is too much going on in my head I let it explode into plot, which I usually map out using post-its on my kitchen wall. Then begins the task of getting that first draft down. I work industriously day-after-day letting each plot point carry me through to completion. If I don’t do this it just won’t happen. Usually, with a good wind, I get a first draft done that way. Then the real work begins.

And of course we always ask, what are you working on now and what will fans be able to read from you next?

I don’t know if I have any fans but I am currently consoling myself with a tale of lost love and redemption set in pre-civil war Colombia. 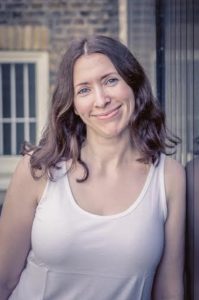 I think if women’s motorbike fiction is your thing, or more properly fiction with a twentieth century setting and a well rounded female lead is your thing, then I think you’ll soon become a fan of Helen’s writing.

You can find a link to Helen’s blog here….

If you’d like a quick bite of her writing, she was a runner-up in the Retreat West Quarterly Themed Flash Fiction Competition this year, which you can read here.

You can buy The May Queen from Amazon here….

One thought on “Year of Indie Debuts: The May Queen”