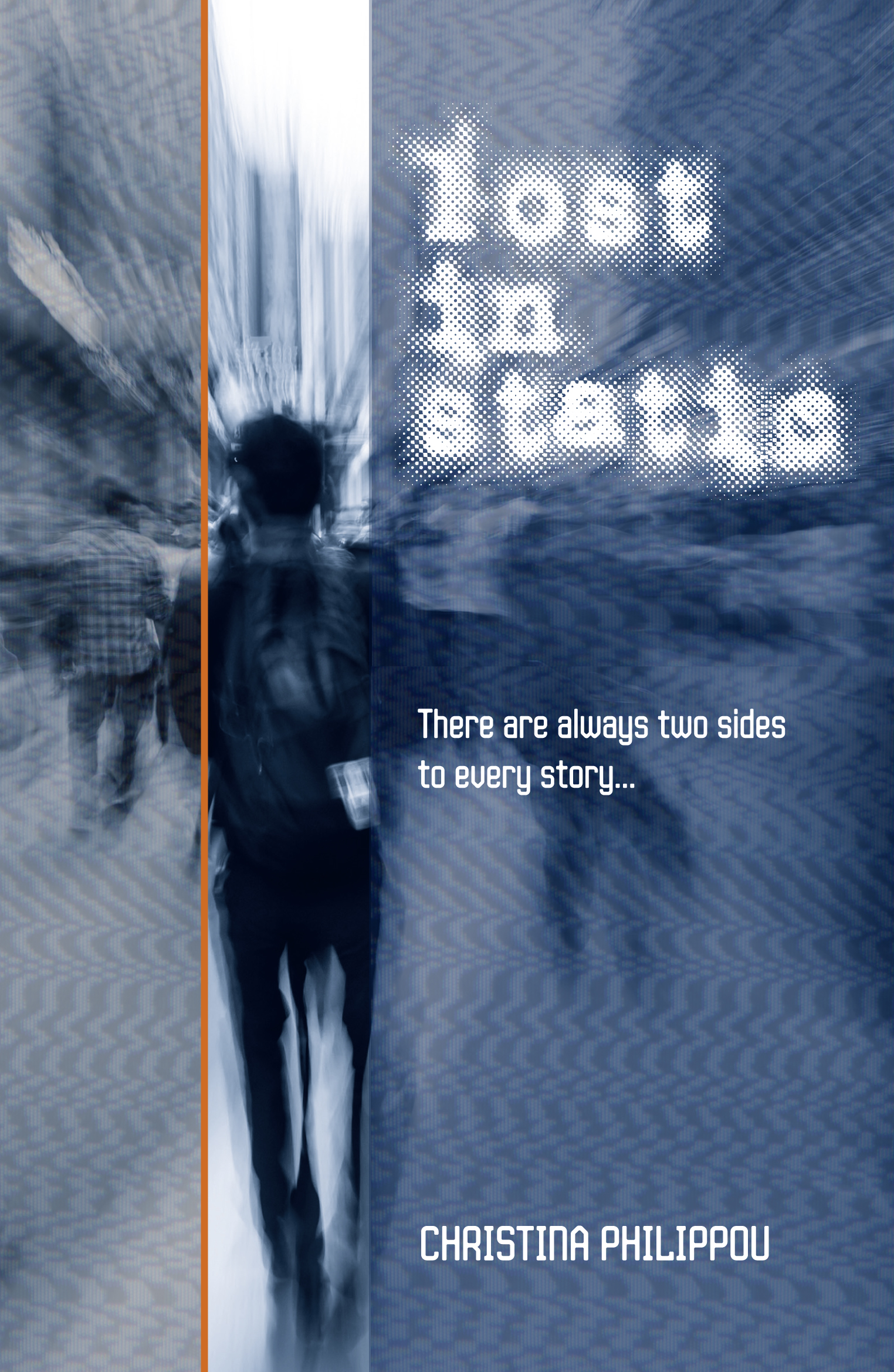 Welcome to Christina Philippou today. Her debut novel, Lost in Static, is out now with Urbane Publications and she’s also the founder of BritFic – a collective of contemporary fiction authors. I really enjoyed Lost In Static and it raised many questions in my mind about perceptions, truths and the lies we tell each other and ourselves.

Hello! Firstly, thank you to Amanda Saint and Retreat West for having me on the blog today.

I’m here to talk about my debut novel, Lost in Static, which looks at the same events from four (sometimes very) different students’ conflicting points of view. So what made me write a novel from four perspectives? I’ve always found multi point-of-view narratives fascinating, but the ‘pass the baton’ style always felt like there was so much left unsaid. A few novels have crossover narratives, like Lawrence Durrell’s The Alexandria Quartet, but I wanted to get under the skin of the characters and show how easy it is to misunderstand others’ words and actions when you are not in their head.

Misunderstandings are easy to come by, and the novel keeps coming back to this as the characters struggle with the events that unfold. Add in a large dose of immaturity (they are university first-years) and a whole host of secrets, and the versions of reality are skewed depending on which shade your glasses are (although it must be said that none of them wore rose-tinted ones).

I became rather obsessed with misunderstandings as I was writing Lost in Static. I found myself telling friends snippets of information and then listening intently to how they recanted the story to third parties, or discussing events that we’d both attended and hearing very different interpretations of happenings. It made me appreciate the intricacies of multi-POV narratives, but also the importance of talking things through, both in fiction and in real life.

So many words in, and all I’ve talked about is the structure of the book and the misunderstandings it creates, but that is what drove the narrative – the need to show how differently people from very similar backgrounds and cultures can view things. It’s been fascinating to read reviews coming in, as the characters that readers identify with are as different as the characters themselves.

But there is more than the just the issue of misunderstandings in the novel, even if some of the themes are more lightly dealt with. Given that it’s set in a university, the coming-of-age theme is almost inevitable, though some characters grow more than others. This, too, was intentional, as people grow up at different speeds and certain (usually unsavoury) situations force people to grow up much faster than the norm.

Then there’s all the social issues that arise in a university setting – casual racism, sexuality, substance use (and abuse) and, although not all dealt with directly in the novel, they still influenced the mood of the writing.

But beneath it all is the story itself, a tale of growing up that is coated in mystery. Having grown up on a reading diet of Agatha Christie and Alistair MacLean, Lost in Static was not immune to the need for secrets and (non-gratuitous) violence in the plot…

And that’s the flavour of the book and the themes and influences behind the writing. But if you have any questions, feel free to ask – you can find me on my blog, Twitter, and Facebook.

Thanks for coming, Christina, and best of luck with the book.

If you’d like a copy you can get one here.