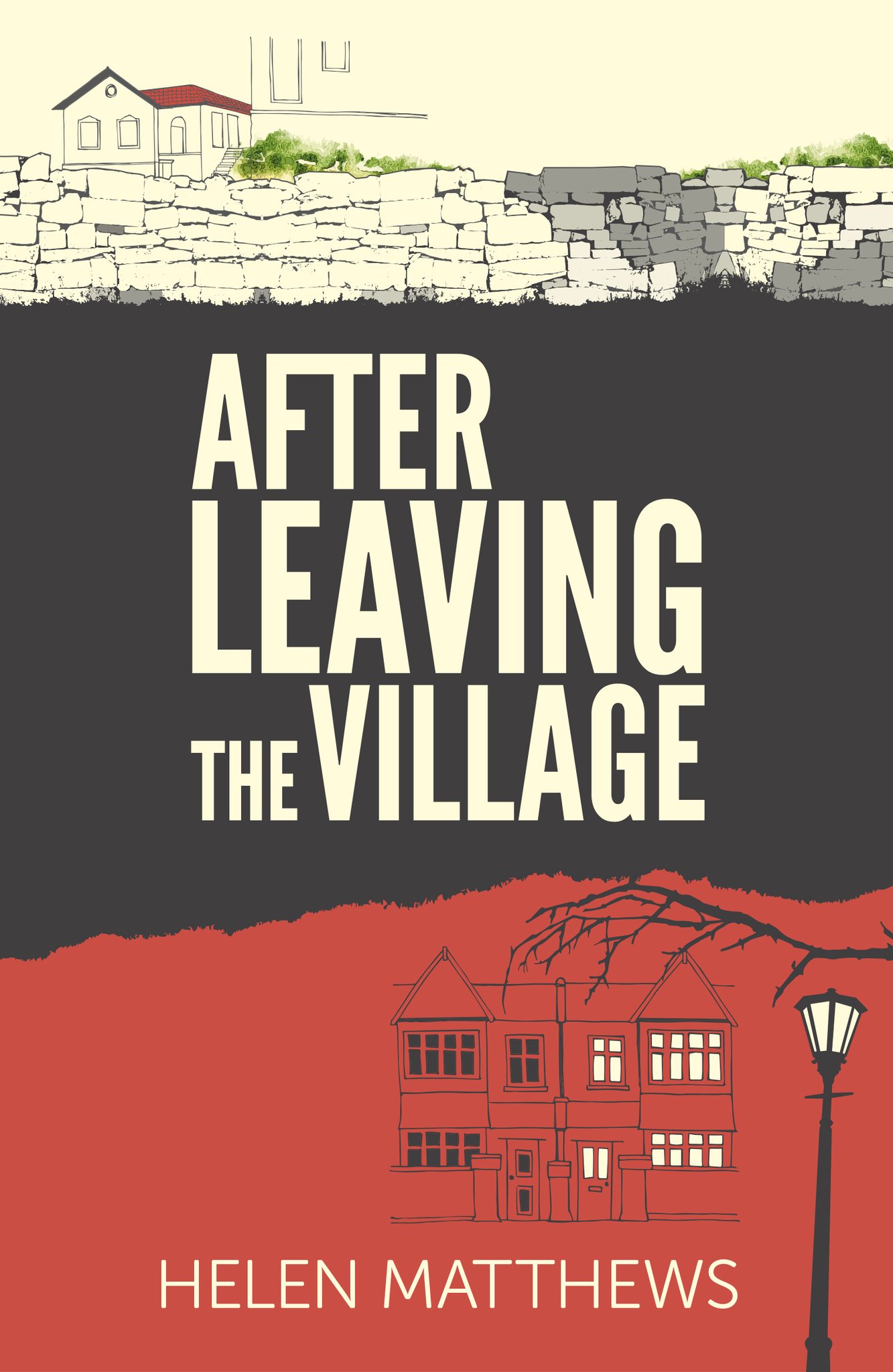 For the latest indie debuts interview, I’m speaking with Author Helen Matthews about her novel ‘After Leaving the Village,’ published by published by Hashtag Press. I often ask authors about their journey to publication, because that’s an achievement in and of itself, but hers is a little different again in that she’s had support from the charity, Unseen, who work to end human slavery. I

Helen, how are you involved with the Unseen charity and how has it helped to create your novel?

To answer your questions about my involvement with the charity Unseen – it wasn’t a collaboration, as such, but came about by chance when I  decided I was going to write a novel about human trafficking and was looking for research material. I started writing ‘After Leaving the Village’ in 2013 and human trafficking was not a high profile news story as it is now. It was actually quite difficult to find material until I discovered case studies (survivors’ stories) published by charities, including Unseen. When I learned about their work, I became a supporter and began to make a monthly donation to Unseen to sponsor a hostel room for a trafficking survivor.  While I was writing the novel, I rang their office on a couple of occasions to ask a question and, when my novel was finished, their founder and director, Kate Garbers kindly agreed to read it through to check it was factually accurate. (Similar to when you’ve written a crime novel and ask a police officer friend to read it through).

Fortunately Kate loved the story and was sufficiently impressed with the quality of my writing to offer to write a Foreword for the novel. They’ve helped me to promote the book by featuring it on their Facebook page and in a newsletter sent to supporters. We’re also doing a joint fundraising event in the New Year. I decided to donate a percentage of profits from the book to Unseen to help support the fight against slavery. More recently, Unseen has appointed me an Ambassador for the charity and invited me to  a training session, so I’m now an accredited speaker and able to give presentations about their work alongside promoting my book.

That’s really interesting, and it must feel good to think your book is working to help people who’s real-life stories are like your main character, Odeta’s. You’ve written a book which is a good read first and foremost, even though it tackles some difficult subjects. How do you think a writer can balance the passion they have to draw attention to an injustice, with their passion to tell a good story?

It’s good advice, if not always practical, to write with your potential readers in mind. If I think about what I look for as a reader (and I read many genres, from commercial to literary), the books that satisfy me most offer something more than just escapism, convincing characters and a plot that rattles along. When I’m investing time in a book, I like to learn something about the world or gain an insight into human nature. In a contemporary novel, I love a ‘state of the nation’ theme (Ali Smith’s Autumn; Zadie Smith’s NW; Capital by John Lanchester).

While researching human trafficking, I discovered that the top country of origin of victims trafficked into the UK was Albania, so I decided this was where my character, Odeta, would come from. I’d never been to Albania and my initial research was from articles, travel guides, maps, Google Earth and watching YouTube videos. When my novel was at final draft stage I realised I’d have to visit Albania to make sure details were accurate. While there, I arranged to spend an afternoon visiting a family in a village (though not as remote as Odeta’s). Their daily life, their home and their approach to entertaining guests were uncannily similar to what I’d dreamt up in my imagination. They even owned a shop – though theirs sold hardware and auto spares, not groceries.

My major concern was whether young Albanians would speak more English than Odeta because this is an important plot point in my novel. Of course, the older generation learnt only Russian and, for decades of the twentieth century, Albanians weren’t permitted to travel abroad. I found that students and Albanians who’d travelled abroad did speak some English but I was relieved to find, once we left the capital, Tirana, even young waiters in a roadside café couldn’t understand my simple request for a bottle of water.

As a novelist you can’t overstuff your story with all the facts learnt from research, however fascinating. You have to let go and trust your characters to take the action forward so your story doesn’t buckle under the weight of research.

Well, your research paid off because your book is amazingly evocative, her village life is delicately and convincingly brought to life in your writing, which makes what happens to her all the more heartbreaking, and her inner strength all the more real. As you say, human trafficking, modern slavery, wasn’t well known about even just a few years ago, and it’s been the work of charities and campaigners which has shone more light on it. How did you first hear about it and decide to research it?

Unseen, the charity I support, has three main aims: supporting survivors and potential victims; equipping stakeholders, such as companies, police forces, health professionals, to recognise the signs, and influencing legislative and system change. Under this third remit, Unseen’s research was instrumental in inspiring government to bring in the Modern Slavery Act 2015. The reason we’re better informed now is because, when perpetrators are caught, they are charged appropriately and convicted of modern slavery offences. In the past it was often the victim who was charged with, for example, prostitution or immigration offences.

I’m continually developing ideas for novels and jotting down notes for the next one. My starting point of After Leaving the Village was Kate’s story – her anxiety about her son’s Internet addiction and somewhat radical approach to a digital detox. My working title was Disconnected. As I brainstormed ideas around disempowerment and exclusion, I thought about what it would be like to be forcibly cut off from everything. This led me to research human trafficking and modern slavery. With such a sensitive subject, I took care to honour my character’s humanity and make Odeta a fully-rounded ordinary woman – just like you, or me, or our daughters – rather than the shadowy one-dimensional victims so often seen in the background on TV crime drama.

Where does this in-depth research fit this into your process? Do you write the first draft and then research your hunches, or do you need to establish the research first and then build your story from that?

My starting point is a broad plot outline and an idea for my main characters before doing some initial research. I then write a few chapters to test out whether the characters will live and breathe on the page. Not all stories have legs and some plots fizzle out. Once I’m confident, I get stuck into more extensive research. I write a first draft, checking facts as I go along. I’d strongly recommend finding an expert in the subject to check your manuscript at the end of the process and I was very fortunate that Kate Garbers of Unseen offered to do this for me.

And I think anyone looking to write such an depth novel as this one, would do well to heed that advice! This has been a huge project for you, and of course is still on going as you try and get the word out about your book – but do you have more in the pipeline? Are you writing around the same area, or striking out in a new direction?

I have a new novel underway and an early draft has been read by two beta readers and critiqued by a writer friend, who was on the MA in Creative Writing course with me at Oxford Brookes University. She is a skilful and challenging reviewer and her suggestions involve structural changes. I’m itching to get back to working on it when the launch and promotion phase of After Leaving the Village calms down. The new novel has contemporary themes (my characters will potentially be affected by Brexit, for example), but it’s set in 2016 when the full impact isn’t known. It’s broadly in the suspense thriller category, like my current book, but I’m tweaking it so it will end up slightly closer to the psychological thriller genre.

Brexit  is a challenge for writers like everyone else, it’s an odd time to write near future fiction just because everything is so up for grabs! I’m working on one set in a post Brexit Britain too which is my first foray into urban fantasy – seeing as the possibilities right now seem multitudinous, if not all positive! I always like to end with a daft question – when writing, what’s your guilty pleasure reward for hitting your daily word count?

I’ve a terrible habit of hunching over a laptop all day, staring at the screen or the ceiling. Often, I look up to find it’s 4.00 p.m. and getting dark and I’ve not stuck my nose outside the door all day. So, I go for a walk or, perhaps, a swim, and my guilty snack of choice is Cadbury’s fruit and nut.

So, dedication to the art and craft of writing, proper research and fruit and nut – I think that’s a recipe for writing we’d all do well to follow. After Leaving The Village is a story which works on many levels and as well as being a deep commentary on the way we live now, is a good story too. I was struck by how the young people in the book are all chasing dreams seen from a far, hints of a golden life glimpsed through various social media channels, dream which all too often prove to be dangerous in so many ways. Please do buy a copy and read for yourself, both because it’s a good story with real characters, and because Unseen needs our support for the good work they’re doing. 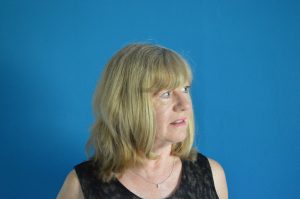 After Leaving the Village is available in paperback and as an eBook by https://www.hashtagpress.co.uk/ Find it at Waterstones, Foyles and all good bookshops and on Amazon at http://amzn.to/2jaOVQb

To learn more about anti-slavery charity Unseen go to https://www.unseenuk.org/