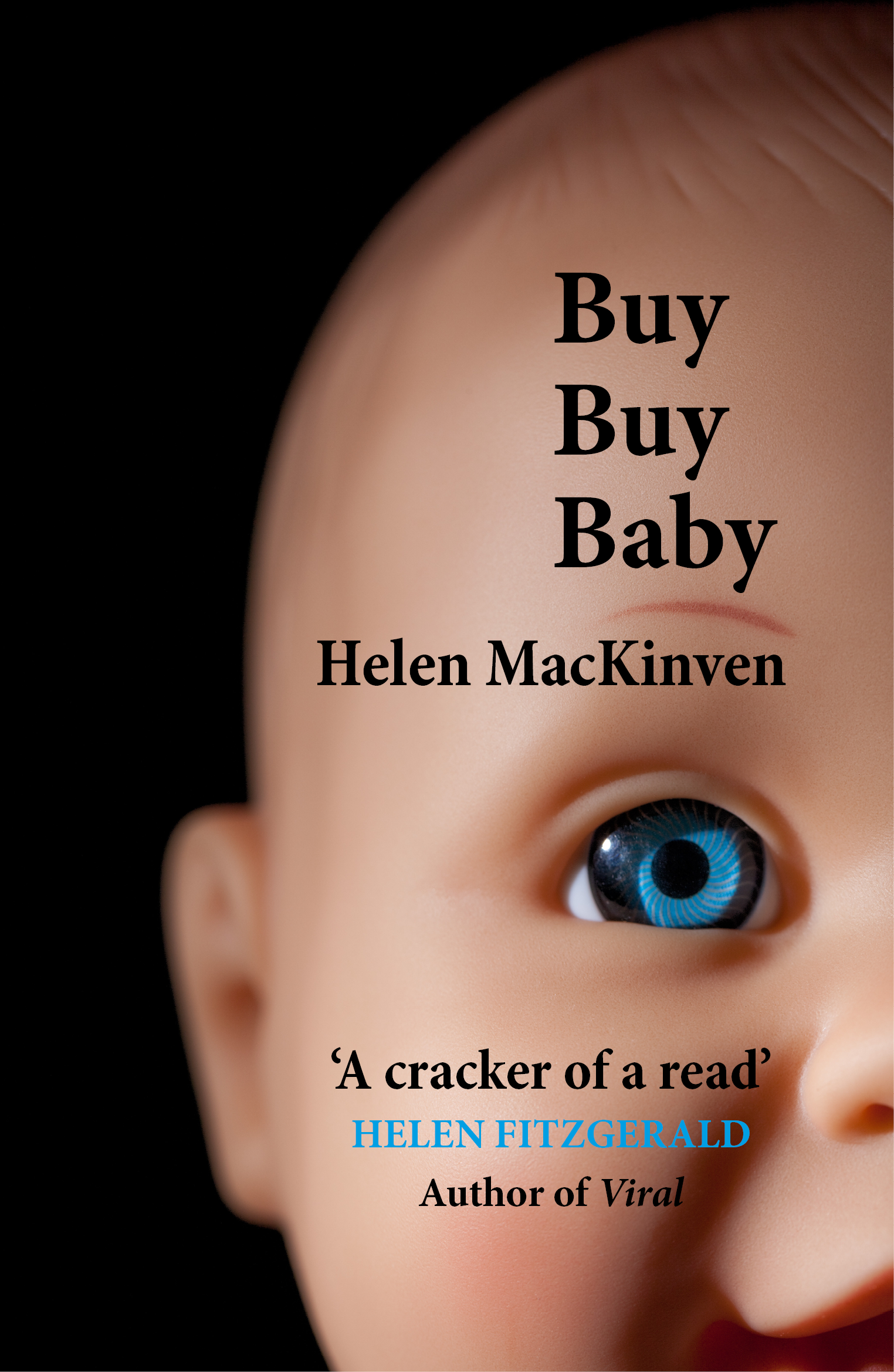 Delighted to have Helen Mackinven back on the blog today for the launch of her new novel, Buy Buy Baby. It’s a great read and raised many ethical questions in my mind. Thanks for coming, Helen, over to you…

My latest novel is called Buy Buy Baby, and the naming of my new ‘baby’ is something that took a long time to get right.

The title of a novel is important. Often I’ve heard of writers having very little control over the title of their novel although I’m lucky never to have experienced this scenario, not yet. When I wrote my debut novel, Talk of the Toun, the title remained the same from the submitted manuscript until the final publication. Except for one very important letter, which was ‘o’, as my original title was, Talk of the Toon. This caused a debate with my publisher and we even posed the question on social media, ‘Should it be ‘toon’ or ‘toun’? I was adamant that the spelling should be with an ‘o’ as that’s the right context for the urban Scots dialect of the book but my publisher felt ‘toon’ is associated with Newcastle football team. In the end, the publisher always has the final say and that’s that.

With Buy Buy Baby, the title is very different from my original choice which was The Angel’s Bench. The novel is a dual narrative and throughout the story both characters, Julia and Carol, use a specific bench in a woodland area to rest and reflect. It’s a key meeting point and some of the most significant scenes are played out the bench. The reference to ‘Angel’ in the title becomes clear when Carol uses her time at the bench to remember her dead son whom she believes is now an angel in heaven.

The original title made sense to me but when I secured a literary agent, she felt that it didn’t sell the book to readers and could lead them to think it had a spiritual theme. The key theme in the book is motherhood and how far two women will go achieve their goal of becoming pregnant. This results in a moral dilemma of whether or not the women are willing to pay the price on every level – financially, emotionally and psychologically. After many suggestions which bounced back and forth between my agent and me, we finally agreed on Buy Buy Baby as the right title. There’s also a reference to the Bay City Rollers song, Bye Bye Baby in the book so it worked on several levels. I’m also a sucker for alliteration.

Long story short, I no longer have a literary agent but I still have the title and it’s one that my publisher felt ticked all the right boxes without changing a single letter!

I have to say that I agree with the former agent that Buy Buy Baby is the better title!

You can get a copy of Buy Buy Baby here and keep up to date with Helen’s writing news on her website and by connecting with her on Twitter.