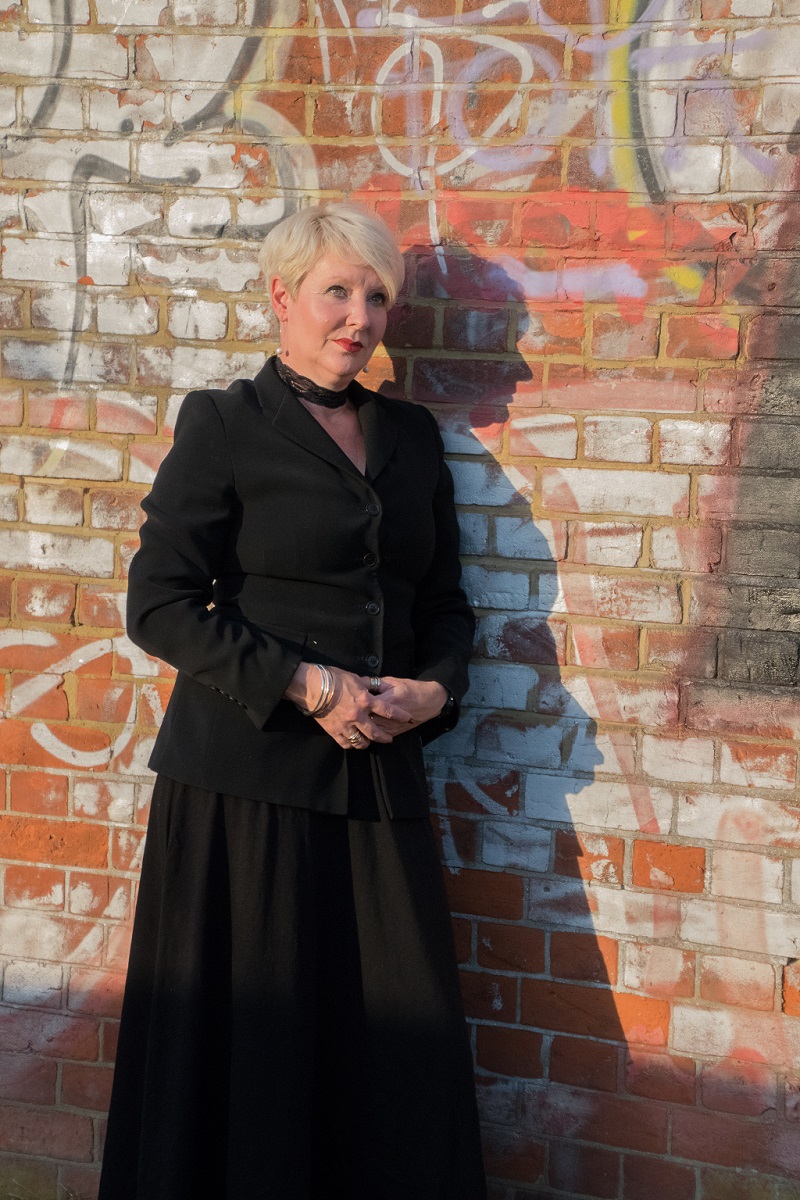 Welcome and congratulations to Vicky Newham today. Vicky’s debut crime novel has been picked up by a publisher and also optioned for TV so I asked her to tell us how it all came about…

Many thanks, Amanda, for inviting me onto the Retreat West blog to talk about having my novel, Turn a Blind Eye, optioned for television.

Like many of us, I’ve watched crime dramas on telly. I’ve grown up with Inspector Morse, Prime Suspect, Rebus, and DCI Banks. The Swedish Wallander is my Netflix treat, along with Hinterland and The Bridge. In my wildest dreams, though, I never imagined my debut novel would be optioned for a TV series – because that sort of thing happens to other people.

So, how did it come about?

My agents, Peters Fraser & Dunlop, have a UK rights team, an international one and a film/TV agent. At the beginning of September my manuscript was submitted simultaneously to editors, scouts and production companies. Rather than sitting at my laptop, clicking refresh on my email every half hour, I decided to busy myself with important things like painting the garden fence and decorating. Within three days, and just as I was off to the beach to meet some pals, I received an email saying two production companies wanted to meet me. I shoved a bottle of prosecco in my bag and skipped off with my towel and the dog, muttering ‘it’s bonkers’. A couple of weeks later, I accepted a pre-empt deal on the book rights with HQ, a new imprint of HarperCollins. Then PFD set a deadline and three further production companies bid. I begged the hairdresser for a cancellation appointment, got my roots done, and headed into Covent Garden for the meetings. These were amazing, slightly surreal but great fun. It felt strange that high-flying TV people were talking to me about my book. It wasn’t even published, nor had we even announced the publisher!

My agent gave me the low-down on expectations. In addition, I’m lucky to know a couple of authors who have had work optioned, so I pestered them for information and the message was the same: it’s important to see any adaptation which might emerge from a novel as separate, and to accept that the project might not get into development. The first hurdle is recruiting a good screenwriter, then getting a TV channel to take it on. I decided that if nothing came of the meetings, or any option which arose, they would be a good way to learn about the industry and get feedback on my book. However, I knew I could talk about writing, psychology and teaching but didn’t feel equipped to talk TV lingo. The first meeting went so well it gave me confidence. The producers wanted to discuss the origins of my main character, who is a female Bangladeshi detective, and my experiences living and teaching in the East End of London. Given the lack of diversity in crime fiction and drama, and gender and ethnicity being considerations in the police too, I was relieved to be able to explain that I hadn’t done a tally of detective nationalities and simply plucked one which hadn’t been used before; when I was teaching in Tower Hamlets, many of my students were Bangladeshi. Gender is one of the things which interests me, and it made sense to have a female perspective. Thus, DI Maya Rahman was born!

As it turned out, I ended up with what my agent called a ‘high class problem’. We had five production companies bidding for the option. I found this astonishing and flattering but a tad overwhelming. One meeting was with a company set up by a well-known actor with some thespian chums. Nine minutes before they arrived at PFD, I dropped chocolate tart down my top. Cue much dabbing and strategic scarf-placing. Then it came to deciding who to go with. TV option contracts are extremely complicated. The science degree, list-making, ex-teacher in me made a table of figures in my Pukka pad, then stared at them, wondering how to decide. Contrary to what people imagine, option fees aren’t huge at all, and payments kick in at various stages of the development process. The problem was each company offered something different, and they were all terrific proposals. I chose Playground Entertainment who have been involved with Wolf Hall and The Missing. Sophie Gardner’s ideas for the adaptation sat well with me and I love their productions. Now it’s over to them to recruit a scriptwriter while I get on with the second book in the series, and help with any background information that they need.

I still have to pinch myself. For an author to have their debut novel optioned, is a dream come true. Of course, nothing may come of it. Who knows? I’ve spent years chewing over themes, characters and the setting so I’m thrilled about the response the book has got. If I’ve learnt one thing in the last few months, it’s that if you believe something is possible, it can happen. And then other opportunities open up. Having spent ten years teaching, I wanted to put all my energy into writing stories. It might sound daft or obvious, but the novel stemmed from things I feel passionately about and I simply tried to write it to the best of my ability. Because after that, you can let go, send it out into the world and see what happens. And then begin writing the next. I’ve been very lucky.

What I do believe, though, is that if I can do it, so can you.

Thanks for coming on the blog and sharing your inspiring story, Vicky. Look forward to reading the book and watching the series!