Hello, and a big welcome to Stephanie Percival, for today’s guest post! With the launch of Stephanie’s third novel, ‘the matter,’ she provides some insights and tackles the BIG question. Over to Stephanie…

Where DO you get your ideas from?
An author’s guide to creating novel ideas.

The title of this blog post is a question a friend asked me after I’d published a short story on my web page. That story was inspired by a TV documentary which I wanted to respond to.

More recently I’ve had to consider the question again.

When I got a date and place for the launch of my latest novel, ‘the matter,’ I was delighted and excited. It seemed a long time since the start of the process. In fact I had taken the first chapter to a writing retreat in early 2015 and after positive feedback worked hard to complete it.

The novel centres on 11 year-old Simeon Isherwood, who has a genetic disorder. This makes him unable to communicate. His scientist parents have the opportunity to let Simeon undergo genetic replacement therapy. After making the difficult decision to go ahead, the results are not quite as expected.

As I started the process of how to introduce ‘the matter’ at the launch I realised it was going to take a bit of thought.

I have published two other novels, ‘The Memory of Wood,’ and ‘The Kim’s Game.’ However, ‘the matter,’ developed in a different way.

For those first two novels, the starting point had been a definitive moment when ‘the story’ emerged.

For ‘The Memory of Wood’ I‘d been having a drink in the bar of a hotel and heard about the legend of the ghost of Mary Queen of Scots descending the staircase. The book’s theme centres on this tale.

The trigger for ‘The Kim’s Game’ was meeting a person who’d had a leg amputation. Thinking about the character took me on a path of ‘What else has this man lost?’ The answer: a relationship, his mother, his home…and these losses reminded me of the memory game I had played as a child, which we called ‘Kim’s Game.’

Rather than a single occurrence or character ‘the matter’ evolved gradually. Because though the story centres round Simeon and his parents, there is another character, a mysterious ‘entity.’ As I considered how it sneaked in, I had a memory of visiting a science exhibition back in 1973. On a screen was a visual display of an atom: the nucleus central and electrons moving around it, a bit like moons orbiting a planet. This was a time before the World Wide Web, mobile phones and even calculators. I was just starting my secondary education and it was a real eye opener.

The thing that still amazes me was the amount of space between those subatomic particles. And I think that must still underpin my world view. There is a lot of current research into dark matter but it remains a mystery. In fact, scientists can only account for 5% of matter in the universe, the other 95% is dark matter and dark energy.

The other strand of the story is Simeon’s operation. This theme for the book developed after I met an eight year old girl with a terrible genetic disorder. Again I asked the question, “What if…she could have an operation that would cure her?” and then “What if…that operation changed her, so though considered a success by the medical world, she was unhappy at becoming a different individual?”

The “What if..?” question is one that most of us will arrive at when developing a new idea for our writing. But some subjects though triggered by a recent topic or occurrence may actually go much further back to a previous event, a character that made an impression on us, or a strange tale that piques an interest.

Wherever they start, I sense they have something to do with the space between the atoms somewhere in the depths of the neural circuits in the brain. And just as I get dizzy from thinking about Infinity, this is also another topic that gives my brain ache…just where do those words come from? So I can’t fully answer my friend’s question but I hope ‘the matter’ is thought provoking and pertinent to the world today. The publisher, Cinnamon Press says it…‘is a unique and headspinning speculation.’

P.S. If you are concerned that ‘the matter’ is some kind of pseudo-science book, please be reassured…in fact it begins in the jungle of ‘I’m a Celebrity, get me out of here!’ (Don’t let that put you off either.)

Thanks, Stephanie! Ideas can materialise all at once or nurtured over time, but best founded in real life experience. For more about her writing and blog, check out her website, here. 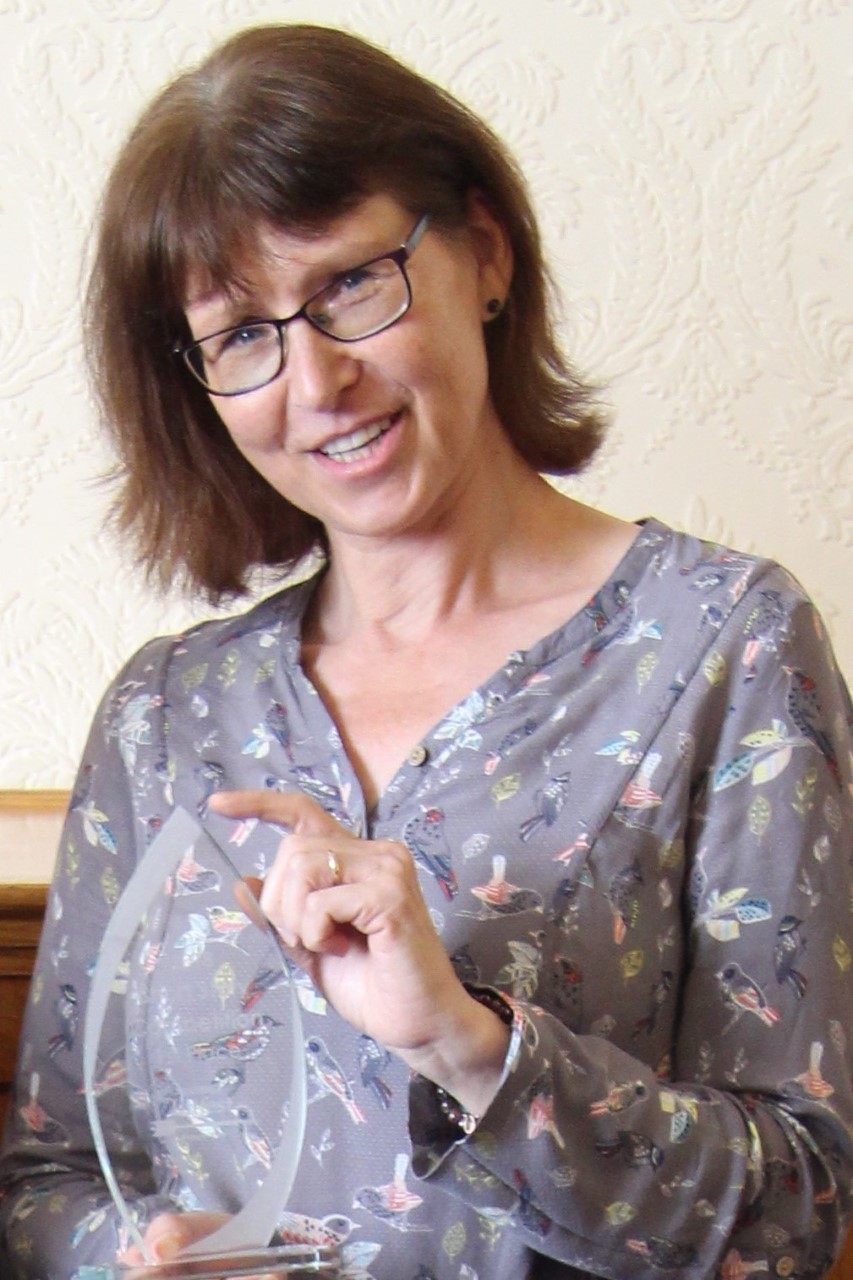 About the author: Stephanie always intended to write a novel, but it wasn’t until 2004 when she was shortlisted for the BBC End of Story competition, that she believed it might be possible. That was the motivation to develop a novel, ‘The Memory of Wood,’ and self-publish it in 2011.

Her work has been shortlisted and won several competitions and her second novel ‘The Kim’s Game’ was published by Cinnamon Press in 2017. A novella titled, ‘the matter’ is to be launched in April 2019.

Stephanie is a member of the Creative Writers @ Museum, in Northampton, near where she lives with her husband. When not writing, Stephanie works part-time for her local NHS service as a podiatrist.