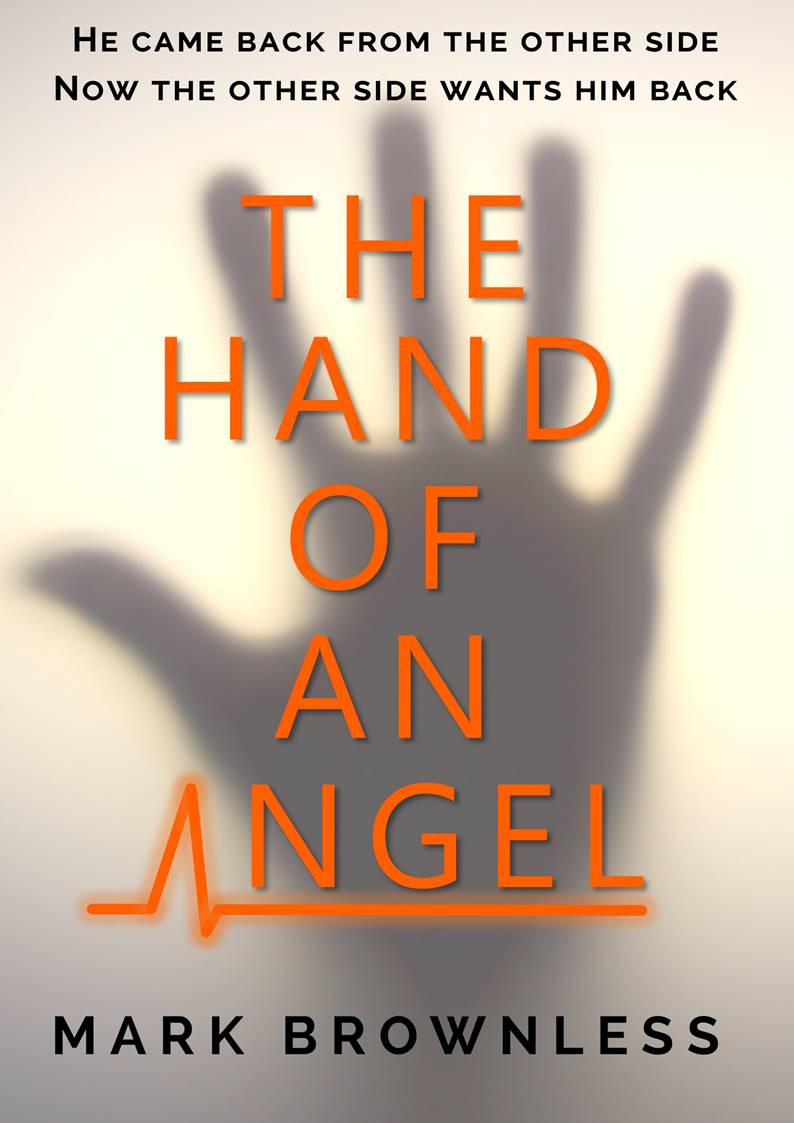 Today it is our delight to welcome Mark Brownless to our page as part of his blog blitz for ‘The Hand of an Angel’.  This “shattering medical thriller with a heart-stopping climax” is his first novel and we’re keen to find out all about it.

Hi Amanda! Thanks very much for having me along to talk about my book, The Hand of an Angel.

Hi Mark, it’s a pleasure to have you with us. Can you tell us what inspired you to explore the concept of killing yourself temporarily to try and find out if there is an afterlife?

In the 80s, as a nerdy teenager, I was always fascinated by unexplained phenomena, things like alien abduction, Bigfoot and near-death experience. So, when I started writing I had the idea of someone looking back after a near-death experience, and how that might shape their view of the world from now on. But the subtext is all about reality. What did they see? Was it real, or a construct created by their oxygen-starved brain? These are common themes throughout the book.

In one of the first creative writing classes I ever went to the teacher said that there is always some element of autobiography in the first novels we write. Do you think this is true of yours and if so, which elements of your life can be found in this novel? I’m presuming you haven’t tried to see if there is an afterlife!

No, quite right! The story mentions that seeing the afterlife, whatever it might be, is a one-way trip, so I haven’t been there as yet!

My mother-in-law was glad that the children of my main characters, Tom and Sarah, were both boys, otherwise she would’ve felt that they were too similar to my wife and I. Tom and Sarah aren’t us, however, but they don’t feel like characters I created, either. They feel like real people to me – I like a quote from Stephen King that says that he doesn’t create characters, he just tells a story about people that already exist – and that’s how I think of my characters.

When did you first start writing fiction?

Very recently. About three years ago I read a post-Fleming James Bond novel which I hated with a passion, because it wasn’t anything like Bond. I suppose I could’ve written a complaint letter, but I sat down and wrote four chapters of a ‘proper’ Bond story. My wife and I were away for the weekend at the time, so it was a little tense when I spent the whole weekend writing rather than spending time with her! Immediately after that I just started writing a conversation between two characters that became a pivotal moment in The Hand of an Angel.

Who are your favourite authors and why?

I guess my favourite author is Stephen King. I grew up with his books – Carrie, The Shining, and more meaningfully for me perhaps, The Stand and It. I also need to mention the late James Herbert, and even Guy N Smith, the latter who wrote Night of the Crabs, which led me to the former’s The Rats and The Fog and then Stephen King. I love Bernard Cornwall’s historical fiction and this has influenced Locksley, my Robin Hood short story series. Now I read so much diverse stuff that it’s hard to pick a favourite, but recently I’ve loved CJ Tudor’s The Chalk Man and Stu Turton’s The Seven Deaths of Evelyn Hardcastle.

What is the book you wish you’d written and why?

That’s hugely difficult because I’ve read so many great books. I guess if you wanted to create a legacy for yourself, as well as being successful and recognised you would want to be influential. So in genre fiction terms, you can’t get any more influential than The Lord of the Rings – there’s so little fantasy that isn’t influenced by it in some way that to have been the imagination that created those worlds and the possibility for others, is extraordinary.

Are you working on your next novel now? If so can you tell us anything about it yet?

I’m working on the second instalment of my Robin Hood short story series, each episode is being released on a monthly basis and should be available for pre-order by the time you read this. As for a full length novel, as you alluded to earlier, I’ve allowed my childhood to influence me and I’m writing a horror story set in a quiet fictional village. Once again I’ll be looking at people’s perception of reality – this time with their memories of childhood – coupled with another unexplained phenomenon in the form of spontaneous human combustion. It’s called The Shadowman and I hope it will be available by the end of the year.

Thanks Mark for talking with us today! 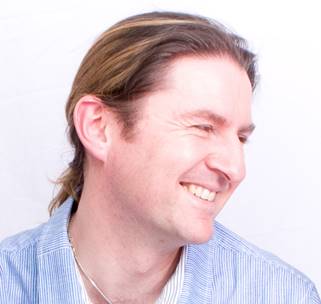 Mark Brownless lives and works in Carmarthen, West Wales. He has been putting ideas on paper for some years now but only when the idea for THE HAND OF AN ANGEL came to him in the autumn of 2015 did he know he might be able to write a book. Mark likes to write about ordinary people being placed in extraordinary circumstances, is fascinated by unexplained phenomena, and enjoys merging thriller, science fiction and horror.

Mark is also fascinated by myths and legends such as those of Robin Hood and King Arthur. This has culminated in the release of his short story series, Locksley, a Robin Hood story, which will have new volumes added each month.