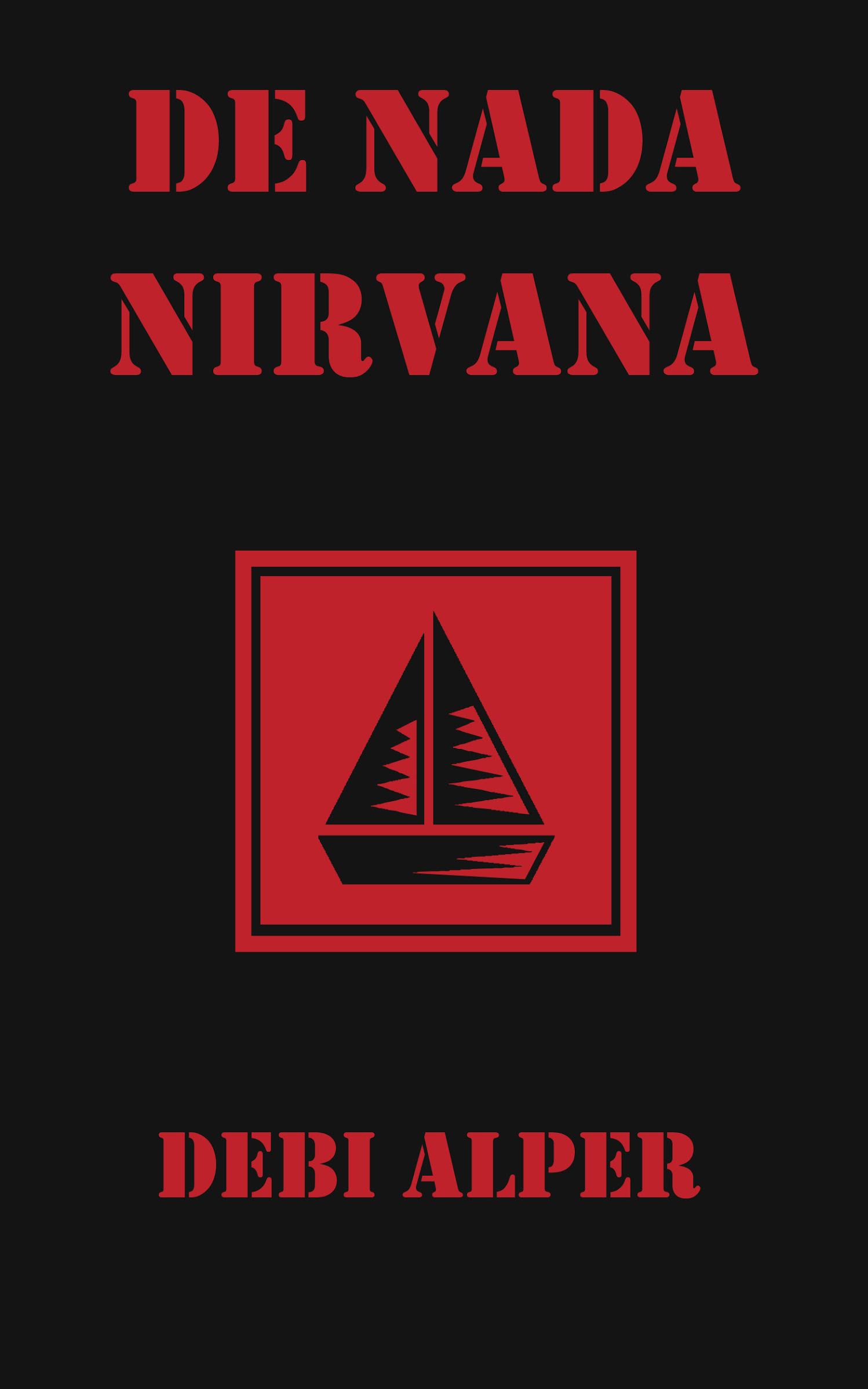 I’m delighted to have the lovely Debi Alper here today talking about her decision to self-publish the third book in her Nirvana trilogy, De Nada Nirvana, and re-publish the first two books in the series too. Debi has played an integral part in the success of so many writers that I know so it’s great to finally get to read more of her own writing. I asked her to tell us a bit about her experience of the publishing of her trilogy…

These days, there are more routes to publishing than ever before, from the trade route via an agent and a deal with one of the Big Five, through smaller independent publishers and assisted publishing, to self-publishing. Behind every author there’s a story of how they came to be published. This is mine.

My career began arse-upwards compared to many. I had no files filled with unfinished stories, no collection of rejection slips and, in truth, no idea I would ever write a novel, let alone be published. I started writing Nirvana Bites just so I would have something to read out to my writers’ group each fortnight. And I’d only joined the group because it was something local to do on a Saturday night that wasn’t related to either of my part-time jobs or to my two small children. No one was more surprised than me when I was offered a two-book deal by Orion, in circumstances that I can only describe as magical.

The editing of Nirvana Bites went like a dream, and so did the launch, with the entire directorate of the publishers turning up. Back in those days though, it was hard to create a buzz and unfortunately there were no national reviews. Sales were not spectacular, though they weren’t disastrous either. But Trading Tatiana had a fraught journey before she even got to the published stage. There was a series of events at the publishers – some tragic – that meant she went through four different editors before she was launched. The editorial team must have been in total disarray. And because I had been signed direct by the publishers, I had never bothered to get an agent. There was no one in my corner, championing me.

I wasn’t surprised when I wasn’t offered a subsequent deal by Orion but by that time I had an agent, at least. I had already written De Nada Nirvana and he said it would be impossible to sell the third book in a trilogy to a different publisher. He therefore advised me to keep writing more novels in the Nirvana series. As he said he reckoned they’d make great TV, I wasn’t about to argue with him. Sadly, even though he liked each better than the last, he was unable to sell them. I then wrote a stand-alone novel, Somebody’s Child. He absolutely loved this novel and said the kinds of things every author dreams about – only he couldn’t sell it.

Everything stagnated on the authorial front but, meanwhile, I was more than busy with the new career path I’d embarked on in 2005. I was working hard as a freelance editor, mentor and creative writing tutor and I loved everything about my job. I may not have been able to bring any more of my own novels in front of readers, but it was a joy and a privilege to be a part of so many other authorial journeys. I had no time to feel sad about my own stories gathering dust and, in any case, I would never have been in this position if I hadn’t had that original deal. No regrets.

In 2013, I was approached by an independent American publisher who offered to re-publish Nirvana Bites and Trading Tatiana as e-books. It soon became clear that being with them offered me no added value whatsoever. I withdrew from the contract and the rights reverted back to me.

And that’s where it all gets exciting again! I saw this as an opportunity to publish the whole Nirvana series. My agent was initially reluctant but had to agree that this was the only way to bring the unpublished novels in front of readers. I’d received the occasional email over the years from people who asked when those books were coming out. I was also lucky enough to be supported and encouraged by many in the writing community whose own journeys I had been involved in. And it also meant that I could create a ‘look’ for the whole series – something that would never otherwise have been possible.

I formed my own imprint, Nirvana Publishing, swapped an edit for professional cover designs and e-conversion, and published De Nada Nirvana on Mayday this year. Next up will be Me, John and a Bomb, followed by the last in the Nirvana series, The Gene Pool. I’ll then turn my attention to Somebody’s Child.

We live in the best of times and the worst of times. Though it’s harder than ever to achieve a trade deal, there are more options than ever before for getting our stories out there. It’s a good time to be alive.

Thanks so much, Debi. Can’t wait to read the rest of the books in the series.  You can get a copy of De Nada Nirvana here, keep up to date with Debi’s publishing news on her website, and connect with her on Twitter.

Debi is also teaching on the Self-Editing Your Novel Retreat in West Bay, Bridport, in November 2016 if you’d like to learn with her.