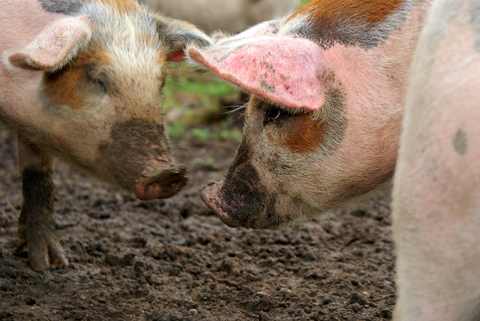 Mam wears black and Sir wears white and Mam is white on the inside, like the center of an ice cube, but Sir is dark dark dark like the spot Rosanna’s mother calls the sin on your soul, and once, when Rosanna asks Sir why all the men in this desert place wear white, he tells her they do this because it is cooling in the heat.

Three young men stand in line at the supermarket, tin lunch pails hanging from brown hands. Smells of meat and fish on their clothes remind Rosanna of her island’s food, but not quite. The laborers take care not to look Mam in the eye as Rosanna unloads two trolleys full of: Kleenex, diapers, a white cheese product sold in glass jars, ten packages of flat bread, and the fish that will take all afternoon to clean and all night to scrub from fingernails. They take less care with Rosanna, roaming over her with small black eyes. Each man exchanges ten dirham for a bottle of skin whitening cream. Rosanna cries on the inside, knowing they have wasted their daily pay.

The Russian girls are impossibly tall and unnaturally blonde and their limbs glisten with suntan oil in the next yard over. When she first spotted them, Rosanna called the Russian girls the milky ones in her own language. Today, as she hangs out four baskets of Mam’s laundry to scorch dry on the villa’s roof, the Russian girls are no longer  bleached pale, but the color of polished copper, very much like Rosanna. One raises a hand and waves. Rosanna waves back over the wet bed linens, looking at her chocolate skin against the backdrop of snowy cotton, wondering what the right color is.

There are no pigs in the desert, but when Rosanna closes her eyes after another day of washing and wiping and wishing, she dreams of the sows waiting for her at home. Black ones and white ones and pink sucklings, all covered in the same wet sludge. A pig is a pig is a pig, she thinks, no matter how thick a coat of mud it wears. One day, when her work is done and she returns, she’ll tell the pigs this. They are, Rosanna believes, intelligent creatures.

About the author: Christina Dalcher is a theoretical linguist from the Land of Styron and Barbecue, where she writes, teaches, and channels Shirley Jackson. Recognitions include The Bath Flash Award’s Short List, nominations for Best of the Net and Best Small Fictions, and second place in Bartleby Snopes’ Dialogue-Only Contest. Find her work in Split Lip Magazine, Whiskey Paper, and New South Journal, among others. Her feminist dystopian short story “Vox” will be published in Upper Rubber Boot’s Women Up to No Good anthology in early 2019. Laura Bradford of Bradford Literary Agency represents her novels. www.christinadalcher.com, @CVDalcher.

3 thoughts on “Somewhere in Dubai, a Maid Considers Colors by Christina Dalcher”