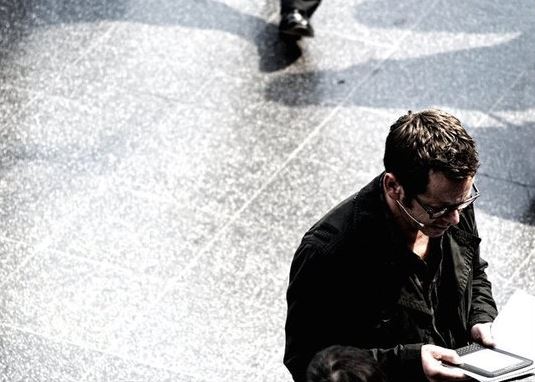 David Gaffney judged the inaugural RW Flash Fiction Prize in 2016. I had the chance to question him about his writing process and what he loves about flash fiction, or short-shorts.

Nicholas Royle said you’re one of the few British writers that’s mastered the very short form – what is it that attracts you to writing flash fiction?

I came to short-short fiction at a time when I was writing a novel and like most novel writers I was frustrated by the lack of a sense of completion at the end of every writing day. The first few short-shorts I wrote gave me that. I like the way it relates to poetry, the way every word is weighed, tested, interviewed and screened before it is allowed anywhere near a short-short fiction. But I also like the way, unlike poetry, it is restricted – you need a clear POV, a clear, usually linear structure, and you need things that happen one after the other, and an ending. A good short-short should be an infected, contagious thing that will insinuate itself into your metabolism and stop you in your tracks forever.

I think there can be a misconception that because they’re so short flash fictions can just be dashed off and sent out really quickly. Typically how long will you spend writing, editing and polishing a flash fiction?

Good short-short fiction cannot be dashed off quickly. Many of my short-shorts began as longer pieces, carefully edited, even at the long version stage, and then reduced down to essential components. Many short-shorts are thrown away all together, into the digital slush pile to fester and maybe one day find a life of their own by crawling out and living in the sewers. I spend a long time on short-shorts and often I leave them for months and years and then return to them, to see if, like a sickly but interesting firework, they might still be fizzing and worth resurrecting.

Which flash fiction writers work do you admire and why?

I like Tania Hershman – look at her short-short Plaits and you’ll see how a whole novel of ideas can be articulated in a few hundred words. I like Etgar Keret, and Richard Brautingham, and I like the prose poet Charles Simic. Joe Daly, of Bad Language fame, has written some of the best short-shorts you’ll hear performed anywhere, and another current practitioner, Simon Sylvester, has a lot to offer, as has Sarah-Clare Conlon. The literature organisations Flashtag and Bad Language, both based in Manchester, are well worth keeping an eye on for new short-short fiction.

What advice can you give to writers working on flash fiction that will help them make sure they produce compelling, whole stories that have an emotional impact?

For me the biggest mistake new writers of short-shorts make is working on a premise rather than on a story. Because you are working in such a short format and possibly need to use a hundred or so words to introduce the set-up, sometimes that set-up becomes the story with a punchline attached. I would always throw away the premise part – the set-up – and then come up with a story.

It might be enigmatic, and sometimes difficult to understand, but in the end it makes for a resonant piece that the reader will poke at and worry about for a long time. Sometimes a good short-short is like a brilliant third act; you’re never going to the see the first two sections, but those two acts exist somewhere, lurking in the writer’s mind or even on his laptop. A good flash is like the cast of the inside of a story – as if Rachael Whiteread has poured concrete into the interior and then thrown the outside away.

Many thanks, David. Excellent advice around the third act.