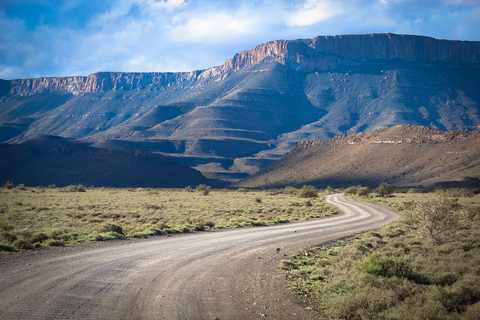 This is the first in a new blog series looking at complex characters in novels, which is something I am very interested in and focus on in my teaching. When I first started writing my first novel all of the teachers I came across in various workshops talked about reading often and widely, which I already did. So I started to think more deeply about what I read. What resonated with me and why. I cross genres all the time – I read a lot of literary fiction, but also regularly dip into thrillers, women’s fiction, science fiction, and more – and many of the books I read don’t stay with me longer than the time it takes to finish them.

So what was different about the books I loved, thought of long after I’d finished and returned to read time and time again? It was all about the characters – they were complex. Real, contradictory and flawed people that were not all good or all bad. So this new blog series will go from A-Z looking at characters in novels that are complex, what makes them so, and how we as writers can try and achieve the same with the characters we create.

Kicking off the series is Adam in The Imposter by Damon Galgut, who is one of my favourite writers.

After losing his home and his job, Adam leaves Johannesburg and retreats to a dusty, rural South African town to write poetry. Once in the desert region of Karoo he lives in a ramshackle old place his property developer brother owns on the edge of a down at heel town, and once there he wallows in self-pity, alcohol and loneliness until he bumps into Canning at the supermarket. Apparently they went to school together and although Canning is delighted to see him and revive the relationship, Adam doesn’t actually remember him. Even so he accepts his invitation to stay at the game farm Canning has inherited from the father who hated him; and so begins a strange and dangerous summer where he gets deeply embroiled in events that the reader can see are very dangerous even when Adam can’t.

Canning is involved in some nefarious deals with local politicians to turn his game farm into a golf resort; has an ex-prostitute wife, Baby, he adores but who obviously doesn’t love him; and seems determined to uphold the illusion that Adam is his best friend and always has been, no matter how much Adam’s behaviour goes against that belief.

Adam is fickle and disloyal, embarking on an affair with Baby and justifying it to himself as he doesn’t remember Canning so he doesn’t owe him anything, even though throughout the book there are many scenes where they appear to be approaching something that looks a lot like friendship. But Adam is also naive and unworldly, unwittingly getting embroiled in Canning’s corrupt dealings with no real idea of how dangerous the game is he’s playing. Until that danger confronts him and he has to flee back to the city to save his life.

What is it about Adam that has made him so memorable, so complex? It’s that mixture of naivety and selfishness. The idealism and cynicism that sit side-by-side. The contradictory nature that sees him spending time with Canning, speaking and thinking of him fondly then sleeping with his wife. The apparent poetic nature of his soul, which is never expressed in actually writing any poems for much of the book, alongside the ruthlessness that comes to light towards the end of the story. I don’t want to spoil it for anyone who hasn’t read it so will say no more about how that is revealed.

How do we achieve this level of complexity in the characters we write? It’s about getting to know them properly and not starting writing too early. It’s about spending quality time with them and putting them in different situations to see how they react. Only when we’ve got deep inside their minds should we then start telling their story.

I delivered a workshop on Creating Complex Characters at the 2017 Festival of Writing in York where the writers who came along did exercises writing the same scenes from different character’s points of view. Why don’t you try that with the story you’re working on now and see what it reveals about your characters? Let me know in the comments below, or on Facebook or Twitter how you get on.

I ran a tutored writing retreat all about it in March 2018 and it was great to see the difference in the character’s voices coming through after the three workshops. Getting to know your characters properly takes up a good few weeks of the planning work in the Ultimate Novel Writing Course I run with the team at Jericho Writers and the Retreat West Start Your Novel course. Why? Because it’s our characters that make us stories sing, and ultimately make them memorable. What literary characters have you never forgotten?

3 thoughts on “Creating Complex Characters: Adam in The Imposter”