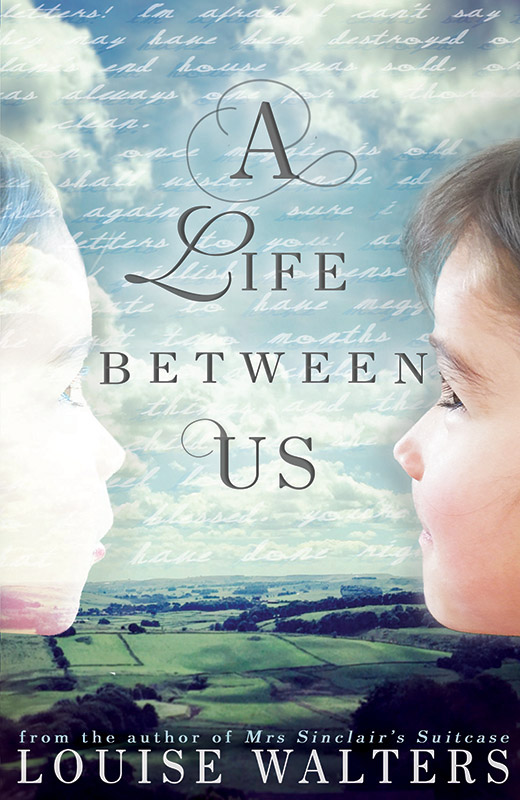 We’re delighted to be chatting to Louise Walters, author of Mrs Sinclair’s Suitcase, about her second novel A Life Between Us, out now from Matador Books.

Louise, what can readers expect from A Life Between Us?

A mystery, a love story, some dark themes… It’s a less “cosy” read than my first novel.

There’s a dark secret at the core of this family’s story, which you handle with great sensitivity – what were your reasons for exploring this theme, and how difficult was it to write about?

This theme was added in later drafts. I had the novel critiqued after it was rejected by my (at the time) publisher, and the wonderful author Sarah Vincent felt there needed to be more of a reason for the elderly Edward’s actions at the end of the story. At that point I decided to bring in this new dimension in the relationship between Edward and his sister Lucia. It was hard to write because it’s not a comfortable situation… taboo, in fact. Thank you for saying I handled it sensitively. I was hoping to do that!

You weave several character threads through the story, of related characters in their youth as well as older, all building intrigue to the denouements in both time periods. Did you plan the structure when you set out writing? Would you say you’re a Plotter or a Pantser?!

I am a pantser at the start of a project, but once I get further into a story I start to plan. I generally have a vague idea of where I’m heading before I start to write. But I let ideas unfold along the way. I tied myself up in knots with this story, it was complicated to get right. There are quite a lot of “speaking parts” and I had to juggle all the ages, dates of birth, school leaving age/year, ages at marriage and so on. Hopefully I got it all to balance in the end!

You achieve a great child’s voice in Tina’s letters to her penfriend in the 1970s. How did you manage to get into her head?

Thank you for saying so. I wrote the letters by inhabiting myself at that age… the letters are very much my own voice, almost like a ghost. I have a lot of strong memories from my childhood and that helped me so much with Tina’s letters. I recall the 1970s as though they were yesterday. I think your formative years stay with you. Very useful for this novel!

What did you enjoy writing most in this novel?

Probably the letters, but I also loved writing the climactic scene, I spent many hours on it. By that point I was totally invested in Edward and Lucia, and of course Tina; I have a great deal of sympathy for all of them, and it was a tough scene to write, but also fun, in an odd way. Writing is fun, let’s be honest, regardless of what we’re writing.

You’ve referred to the ‘difficult second novel’ in terms of the publishing industry – did you also find your second novel difficult in terms of writing? What was different about writing your first and second?

It was difficult to write, as I think I was a tad too ambitious with the multiple, converging timelines. My third novel is just one linear timeline, and maybe I should have gone with that story before attempting A Life Between Us?! The novel took two years to write, followed by the year of work on it leading up to its publication. It was difficult to sustain my belief in the project because of the novel’s fortunes with publishers. But nobody owes me a living, and it was good to be writing for myself and not towards a deadline. There was an advantage to having no publisher and just writing the novel, like I did with my first. Because of the rejections, I found I had to dig deep into my self-belief, and keep going.

What was the difference in your experience of being traditionally and self-published?

I’ve spoken about this quite a lot, but the thing I’ve loved with self-publishing is the creative control. It’s just fantastic! I’m not sure how I would cope with a traditional deal if I’m ever fortunate enough to be offered one in the future. I get the feeling I’d be a right pain in the butt. For instance, there are certain things I would want in a contract that possibly won’t be in it to begin with…! With my first book deal I was over the moon, of course, it was so exciting. But since self-publishing I’ve learned a lot about publishing in general, and how it could be fairer, and more inclusive, for authors. So I think I’m more assertive now. It’s hard for a shy person to be assertive, but I think it’s necessary in publishing. Often, and this has happened to me, the author is the last to hear about important decisions regarding their book. It’s just not good enough. So yes, I would be a pain in the butt. More authors need to be, and then we might see changes.

And finally, do you have a Best Writing Tip for new novelists?

I do. Once you’ve written a first draft, put it away and leave it for as long as you can bear to. Month, years even, if you can. When you read it again, it will be with fresh eyes, and the high level of objectivity needed for the editing process. Also, be honest with yourself at all times. If you know a sentence is bad, delete it. Don’t be scared to delete!

Thank you for chatting with us, Louise – we really enjoyed your intriguing novel, and congratulations on your publication.

Find out more about Louise and her work at https://www.louisewaltersbooks.co.uk/