Retreat West is all about reading and writing fiction.

Retreat West was founded by novelist and short story writer, Amanda Saint, in 2012. So far some of the people that have worked with us include Man-Booker Prize shortlisted author, Alison Moore; multi-award-winning short story writer, Vanessa Gebbie; Polari Prize winning-novelist and founder of the London Short Story Festival, Paul McVeigh; and the head of the Faber Academy’s fiction programme, novelist and poet, Richard Skinner.

In 2017 what we do was expanded and Retreat West Books independent press was launched. We’re publishing anthologies of the winning stories in the annual Retreat West Competitions, as well as commissioning short story collections, novels and memoirs from emerging authors and having open submissions for various charity anthologies. See all the titles we’ve published so far, and the ones we have coming soon, here. 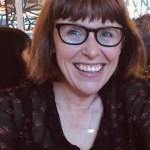 Amanda is the author of two novels, As If I Were A River (2016), and Remember Tomorrow (2019). Her short stories have been long and shortlisted for, or won, various prizes, and been widely published in literary journals and anthologies. She started Retreat West in 2012 and expanded to include Retreat West Books in 2017.

She is a member of the Society of Authors, a mentor on the WoMentoring Project and can often be found teaching and judging competitions at literary festivals. Before it was all about the words she worked as a waitress, on a call centre, in a wheelchair factory and as a pie heater. Proper jobs included a stint working for Microsoft, and the Labour Government in Westminster, but she didn’t really like having a proper job. Amanda is also a freelance journalist writing about environmental sustainability. 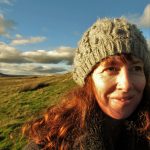 Mary-Jane Holmes works with Retreat West as a co-tutor on courses and workshops with Amanda Saint, and also delivers her own individual courses too. As well as working with Retreat West she is also chief editor at Fish Publishing, Ireland; consulting editor at The Well Review poetry journal based in Cork; a guest editor at V. Press; and creative director at the Casa Ana Writing Retreat in Granada, Spain.

Mary-Jane’s work has been published in The Best Small Fictions Anthology 2016 and 2018, Mslexia, Reflex Fiction, The Journal of Compressed Creative Arts, Prole, The Tishman Review, The Lonely Crowd and Firewords Quarterly. She holds a first class honours Masters of Studies in Creative Writing from Kellogg College, Oxford, and is embarking on a PhD in poetry and translation at Newcastle university. 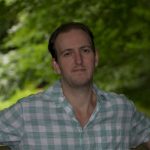 Phil manages the Twitter and YouTube pages and runs various flash writing challenges, as well as helping proofread the Retreat West Books titles and put them forward for prizes. He has been writing short stories (mostly science fiction with a bit of horror and fantasy) for several years and found Retreat West through the competitions while seeking to progress with his creative writing.

His short story, Portal, was published in the cli-fi anthology, Nothing Is As It Was. 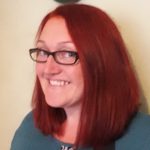 Emma is an intern at Retreat West, managing the Facebook group and member group, and as a reader for competitions. She has been writing for most of her life, with her first publication at the age of 8 on the now ancient artefact known as CeeFax. She is represented by Laura West at the David Higham Agency, and mainly writes for children, but also writes short stories and flash fiction, with numerous pieces online, in magazines and anthologies.

Emma lives in the West Midlands with her husband, a multitude of children, cats and chickens and hundred of notebooks! 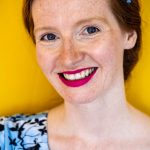 Gaynor works with Retreat West helping to promote the books we publish, and providing editorial and web support. She is an award winning writer known for her strange and surreal takes on life. In 2018 Gaynor won the Mairtín Crawford Short Story Award at the Belfast Book Festival and was named Northern Writer of the Year at the Northern Soul Awards. In 2019 her flash fiction collection, Business As Usual, received a special mention in the Saboteur Awards for Best Short Story Collection. Her work has been widely published, including in The Forge, Barrelhouse, Ellipsis Zine and the National Flash Fiction Day Anthology. She has won or been placed in several competitions and won first prize in the 12th round of the prestigious Bath Flash Fiction Award. She lives in Greater Manchester with her husband, dog, small child and a headful of weird ideas.

I found your comments incisive and helpful. My story is much better now.

Amanda is a natural at hosting retreats. From inspiring venues to top-calibre tutors, from delicious home cooking to warm hospitality, she has thought of everything and really cares about getting it right.

Your queries about word choice really helped me crystallise the characters. Definitely the most effective feedback I’ve had.

Sharp and insightful critique of my first two chapters, at very reasonable cost.