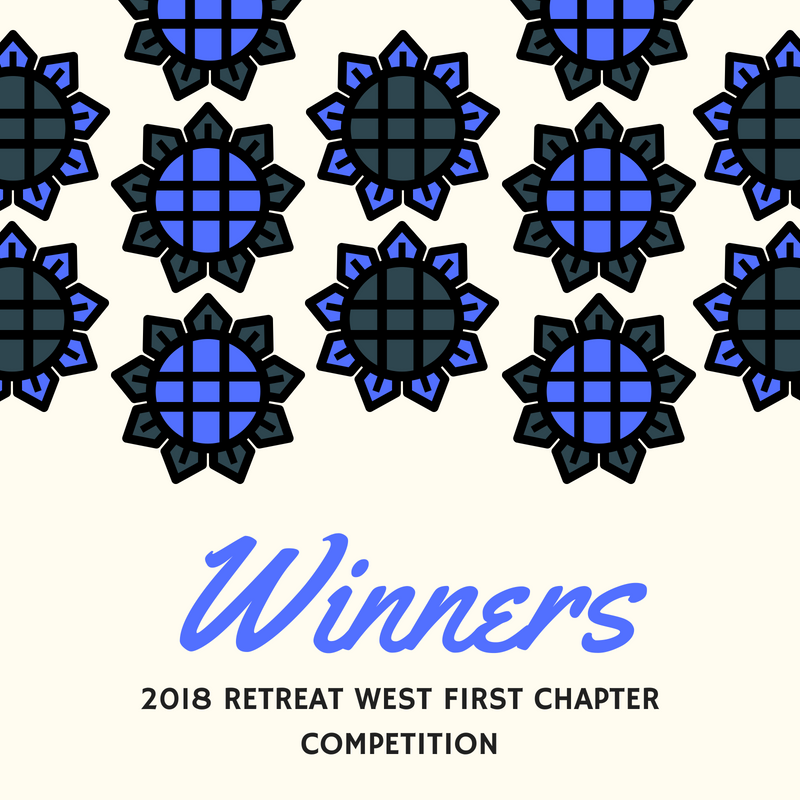 Thanks to our judge, literary agent Diana Beaumont, for reading our ten shortlisted chapters and giving feedback on them all. We did promise the results would be announced in May but there has been a slight delay due to holidays and other competition announcements. Diana enjoyed reading all of the chapters and said: “I have judged a few things in my time and these were genuinely a cut above.  The standard of entries was impressive and I was delighted to judge it.”

So to all of our shortlisted writers, well done! And a huge congratulations to our winner and runners-up. So here are the results…

Ain’t you been Baptized by Rachel Daniels

I just loved the writing here – it’s incredibly accomplished and beautifully done with a vivid sense of place and a distinctive voice. Lenny’s dialogue – and the vagrant who attempts to rescue him – was pitch perfect with plenty of tension and an underlying dark humour that drew me in. I really wanted to know more about where Lenny has come from and where he goes next.

Looking For Me by Hilary Taylor

What a great opening paragraph: it disconcerts the reader and plunges us straight into Miriam’s world which is dripping with God and gore. It’s not always easy to pull off a child’s voice but this worked extremely well. The writing is so visceral and vivid that the trip to the butcher’s shop feels more like a horror movie with the blood and sawdust – not to mention the mother’s finger getting chopped off by mistake although there is a humour that offsets it. The author clearly has talent.

I really enjoyed this. It is polished, compelling writing and I was drawn in from the first paragraph. It reads like psychological suspense and I liked the way in which it is ambiguous as to what is real and what is imagined. The smart, Hamptons setting contrasts with the emotional darkness that underlies it. I also loved the descriptions of the meals, which were mouth wateringly delicious. I certainly wanted to read on.

There is a wonderful, timeless quality to the beginning of this novel set in Southern Spain, which is steeped in superstition and fear. A woman is about to give birth to a child on ‘Black Tuesday, which is considered to be accursed. The writing is atmospheric and I wanted to know what becomes of the little boy born on this fateful evening.

The writing has an intense, oppressive feel as a seventeen-year-old girl and her mother visit a morgue to identify whether the dead body on the gurney there is her father. The second person viewpoint can be tricky but seems to work thus far. Make sure the first paragraph really pulls the reader in, keep up the pace at all times and watch for moments like the comment about trauma counsellors, which take us away from the story. It is, however, polished and compelling.

The writing style is confident and I was intrigued by the relationship between the siblings and the wider family but watch out that it doesn’t sound stilted on occasion although that may, in part, reflect the voice of the central protagonist. I like the Iceland setting and thought even more could be made of that. Make sure that the similes and metaphors chosen aren’t slightly laboured at times. I was genuinely shocked to read about Matt self-harming and his essay sounds fascinating. It might be worth rethinking the title.

This has an intriguing and original opening as a strange man turns up at the house claiming to be his wife’s brother even though she has never mentioned him. The writing is accessible and easy to read although I would have liked a stronger sense of place which would add to the disconcerting feel of things – and remember to show not tell. I was certainly curious to know how events unfold.

The writing is accomplished and has plenty of charm especially when it comes to describing works of art.  Make sure that the pace is consistent so that are no langeurs and really draws the reader in from the outset. At times the dialogue, especially Ursula’s can be a little too clipped although that may reflect her role in a secretive organisation.

The prose is powerful, evocative and even poetic at times although watch out that the language isn’t a little laboured at times. And make sure that you propel the reader forward at all times. I was intrigued by the setting but wanted a little more indication about where the narrative is heading and what the heart of the story is.

The Immortalist by Tracy Fells

This has an imaginative, entertaining central premise as one of the immortals takes on human form in what feels like an action thriller rather than a fantasy novel. I wanted to know a little more about what compelled Esther to disguise herself as a mortal and come back down to earth. Also, make sure the writing is as tight as possible at all times.
Many congratulations to Rachel, who now gets to send her first three chapters, synopsis and covering letter to Diana for review.
If you weren’t ready to submit this year, there’s always next and the 2019 First Chapter Competition is now open for submissions. This time around the judge is literary agent, Sarah Manning, at The Bent Agency and a second-place prize has been added. Get all the details here.
If you become a Retreat West Gold Author Member you can get entry to this competition included as part of your benefits package, as well as whole host of other exciting stuff! Join here.