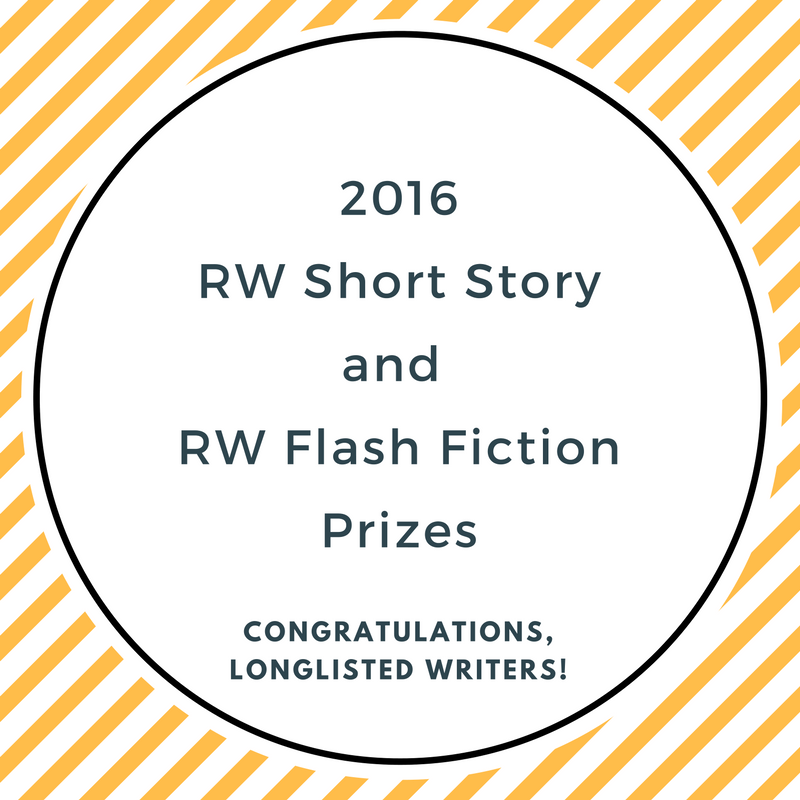 Many thanks to everyone that entered the inaugural RW Short Story Prize and RW Flash Fiction Prize.

There were some really great entries but sadly also quite a number of stories that had to be disqualified as the writer put their name on the entry where we could see it. Please read the instructions properly and only put your name on the covering letter not on the story document or the submission title! We cannot allow stories in that are not read anonymously.

Readings are done anonymously until the shortlists are chosen so only the story titles are listed here.

Congratulations and good luck to all the writers whose stories are listed here.

We will be re-reading and announcing the shortlists in January 2017. The 10 shortlisted stories in each category will then go to the judges to read and the winners announced in February 2017. Vanessa Gebbie is judging the short story category and David Gaffney the flashes.

Prizes and anthologies, which are being published by Urbane Publications, will be presented to everyone on the shortlists at an event in the summer. Details of this will be available in the new year.

Once the winners have been announced for the 2016 Prizes details of the deadlines and judges for the 2017 Prizes will go live.